Structural Edits for the Faint-Hearted by Juliet Greenwood

When I first started writing, it was simple. Write book. Go back over it, fiddling and twiddling, and perfecting those beautifully-crafted sentences. Check spelling. Send the finished masterpiece out into a breathlessly waiting world.

It wasn’t until I began to work with an editor that I realised why the world hadn’t been breathlessly waiting. Basically (and to be brutally honest) I hadn’t even started to write the book. I’d got a first draft, and it didn’t matter how much I fiddled at the edges, it was never going to make it past the first draft, before sailing into oblivion and my bottom drawer for all eternity.

I should have known. After all, I’d been successfully writing short stories for years, bashing them around and tearing them apart until they worked. The trouble with a book is that it’s so big, so unwieldy, and takes so long, and so much emotional energy, to write, that the thought of tearing it up and starting again is beyond depressing – especially if, like most of us, you are also trying to do the day job, run a home and family. Oh, and a life.

But, in the end, a long, cold hard look that finished masterpiece (ahem) is the only way to go. That was what I learnt with my first book for Honno Press, Eden’s Garden, and it’s a process that I’ve been learning ever since. The hardest thing is to step back from this world you have been passionately living in for months, even years, and put on the cold, hard, practical, head. But your reader will read the same thing in days, or even non-stop over hours, and they don’t have that world living in their own heads and their hearts, so you have to capture them and persuade them, and transfer that magic inside them. Ballet looks effortless, too.

That is what structural edits are about. It’s taking your book out of your head to hold it in your hands and look at it dispassionately to see what is working and what is not. It’s when you use all the skills you’ve learnt from reading books and knowing what makes you keep on reading or throwing it against the wall. Are there too many characters? Is the heroine a wimp, who throws a strop at the slightest excuse, or a doormat to all and sundry? Are there enough holes in the plot to swallow the Titanic? Everything is thrown into the air, and anything can be thrown out (however beautifully crafted, however long it has taken to write) to make the book as gripping and emotionally engaging as you want it to be – in other words, the story that lives in your head. None of this is destructive. It can feel brutal, but it’s the paring down of a book into the best it can be. It’s the painter going through version after version of the same subject, the dancer practising until their feet bleed.

Above all, you need to listen to your gut. When I sent in the first version of Eden’s Garden, I knew something wasn’t working. Deep inside I knew the Victorian element of the story needed to be far more vivid by being told in the voice of the Victorian heroine. I felt defeated by starting again, rewriting a whole new element of the book, and unceremoniously chucking out hours of work. And, to be honest, I thought I didn’t have the skill and was afraid of making a fool of myself. It was an editor who taught me that yes, it was a vital part of making the book work – and yes, I was capable of writing it. The story didn’t change, but that simple structural change made the book come alive. It was definitely worth it, and I learnt so much about writing, and the kind of writer I want to be, in the process.

I still made mistakes in my latest book, but not nearly as many, and most I spotted along the way. Writing is, after all, a process of constantly learning, developing and improving. And, at the end of writing The White Camellia, understanding how much I had learnt and developed as a writer was the greatest buzz of all.

Structural edits? Feel the fear and do it anyway. You’ve nothing to lose and everything to gain. Bring ’em on! 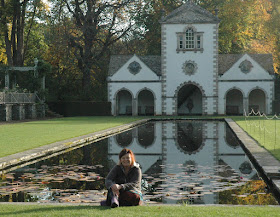 Juliet Greenwood is published by Honno Press. Her books are set in Cornwall, London and Wales in Victorian and Edwardian times, and follow the lives of strong, independently-minded women struggling to find freedom and self-fulfillment. Her novels have reached #4 and #5 in the UK Amazon Kindle store, while Eden’s Garden was a finalist for ‘The People’s Book Prize’. We That are Left was completed with a Literature Wales Writers’ Bursary.

Juliet’s great grandmother worked as a nail maker in Lye Waste, near Birmingham in the Black Country, hammering nails while rocking the cradle with her foot. Juliet’s grandmother worked her way up to become a cook in a big country house. Their stories have left Juliet with a passion for history, and in particular for the experiences of women, so often overlooked or forgotten. Juliet lives in a traditional cottage in Snowdonia, in the UK, and loves gardening and walking.