Writing and the Novelistas by Anne Bennett

Anne Bennett writes:
All right, I thought it time to write about me and about the lovely Novelistas group that I am part of.  Who are we?  Well Val has told you already, but altogether there are twelve of us and we were formed initially as one of the writing groups affiliated to the Romantic Novelists' Association, that they called Chapters.  What  has evolved from that is a feisty bunch of us who write children's books and fantasy, as well as sagas, historicals and straight romance, both in traditional books and those in e-book format.

I feel this diversity is an enormous benefit and the support given one to another whatever their chosen genre is amazing and what most of our meetings are about, when we all have a chance to relate news as we do a round robin.  We cheer people's successes and commiserate with bad news, and  we also have  a lot of fun and much laughter and we really know how to celebrate launches when people have books published.  Many of you will have seen pictures of these adorning Facebook pages with the cakes and the bubbly and why not?  Life could get very dull if we didn't make time for a little jollification now and then.

And what do I think about the publishing world today?  This is a question I have been asked many times at talks etc around the country.  Well, I think it is an exciting time for writers especially those not as hampered by technology as I am, for if a book cannot be published in the normal way it can be published as an e-book on the net.  Never before has it been so easy to do that, though I am sorry for the publishers that have gone to the wall in the recession.

And what of the future?  Who knows what that will bring? No one does so let's look forward to a new technological age, even if I have some trepidation, it must be overcome because that is the way the world is going.  However difficult it is I feel we must embrace it or be left behind and that is where the Novelista's help is so invaluable.  Thanks to each and every one of you.

Posted by Anne Bennett at 13:28 No comments:

Wish Upon a Star - Book Launch

There is nothing the Novelistas enjoy more than a book launch and last week it was the publication of Trisha Ashley's latest Christmas novel, Wish Upon a Star. 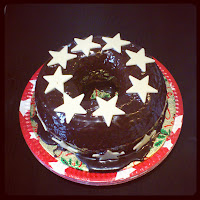 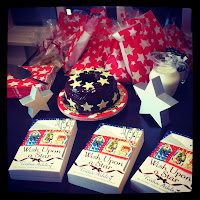 There were star-themed goody bags too, containing a pretty little star brooch, a Christmas decoration and one of Trisha's stained glass biscuits. 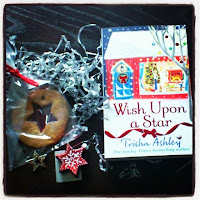 And it wouldn't be a Novelistas launch without champagne, to toast the book's success. 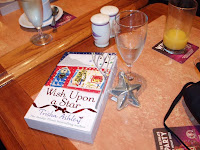 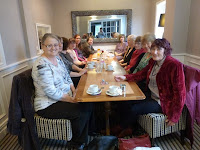 Stop Press: Wish Upon a Star hit the bestseller chart this week at #5.
Congratulations, Trisha!
Posted by Louise Marley at 12:38 1 comment:

This weekend I took part in a marathon, but there was no sweat, no lycra and no medal at the end of it – only words!

My local writing group organised a writing marathon, timed perfectly to kickstart the month of November when many people take up the NaNoWriMo challenge of writing a 50k word novel in a month. I’m not NaNoWriMo-ing this year, but I signed up for the marathon because I was excited at the prospect of an intensive day of writing. Left to my own devices, I write a steady 1000 words per day, but what could I produce if pushed? Would I reach a deeper state of creativity? Or would I freeze up and have a blank page while everyone else was scribbling away madly?

I needn’t have worried. The organisers, Susan and Karen, had prepared warm-up exercises to gradually get us into our stride, and there was inspiration all around us in Bury library which doubles as a museum.


Some of us were regular writers, others had come along because they had ideas for books, screenplays or projects which they hadn’t had the time or the confidence to begin.

On laptops or by hand, the aim was simply to write - not critique - and boy, did we write!

I filled pages of my notebook with unexpected new characters who may form the basis of future stories, and by the afternoon I was itching to work on my novel in progress so I took myself off to the library café and got stuck in. At the end of the day I'd written around 3000 words, and everyone else agreed they’d found it productive too. Some people had had fun experimenting with new genres, and others recounted how they’d broken through personal barriers to begin a project they’d long dreamed of.

Here’s wishing the best to everyone who took part. I do believe there are similarities with long-distance running: writing is about endurance, discipline, and dedication. There may even be injuries along the way...


But the satisfaction of completing a story and being able to show it to the world is a reward in itself and, in my opinion, beats a medal any day.


Novelista Annie Burrows writes historical romance for Harlequin Mills & Boon.  This month she delves into the history of Bonfire Night... 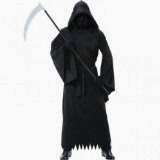 Last night my house was besieged by small children begging for sweets...all on the pretext of celebrating Hallowe'en.

In grumpy old woman mode, I huffed that this was just one more thing we've imported from America.  What about keeping up with British traditions, like Bonfire Night, for example?  Much more wholesome than celebrating ghouls and ghosts and mischief making.  I mean, trick or treat?  It's blackmail!  Fancy letting our children go round threatening to do something mean if we don't give them sweets!

Only...then I started to look up the origins of Bonfire Night which comes one week after Hallowe'en, on 5th November.

It started off as a lovely, patriotic sort of thanksgiving, didn't it?  Because the men who were conspiring to blow up the houses of Parliament, with all the Lords inside, were foiled...dramatically at the last minute.  The kegs of gunpowder were actually discovered in place, in the cellars, all primed and ready to go.
People lit bonfires round London, to celebrate the fact that King James I had survived the attempt on his life, and the next year, the day of celebration was made mandatory by Act of Parliament.

However, the more I read about the way the day was celebrated, the more my blood ran cold.  I'd forgotten the tradition of placing a "guy" on top of the bonfire.  Isn't burning someone in effigy just as ghoulish as anything that goes on at Hallowe'en?  In the past, the effigy on top of the bonfire didn't always represent Guy Fawkes either, but various other unpopular Roman Catholic figures, right up to, and especially, the Pope.  In early times, the day often turned into an expression of hatred for Catholicism in general - don't forget the names of our oldest and most traditional fireworks, the Roman Candle, and the Catherine Wheel.  (Because in the 4th Century, St Catherine of Alexandria was tortured on a wheel, hence the name for any rotating device which spits sparks and emits screams.)

Then again, there were the traditional rivalries between various gangs of youngsters building their own bonfires on patches of waste ground, often stealing their wood from rival's fires, and even getting into fights over it.
Ah, yes, the good old British tradition of the street fight...

And actually, now I come to think of it, children have always gone begging from door-to-door - only before the popularity of Hallowe'en, they asked for a "penny for the guy".  Everybody knew they were going to spend the money on sweets, or fireworks.  The law has tightened up now, but I can remember newspapers full of stories of children getting terribly disfigured playing with fireworks they'd bought and let off unsupervised.

All in all, Hallowe'en is starting to look tamer and less unwholesome by the minute.  It's the children who dress up, rather than dressing effigies as unpopular public figures.  And they beg for sweets direct rather than the money to buy them.

And they may throw eggs, or squirt you with silly string, but far fewer people get their fingers blown off by playing with fireworks these days.

Posted by annie burrows at 09:40 No comments: