It's Only Skin Deep by Annie Burrows

My daughter took me for a "makeover" yesterday, as part of my birthday present. 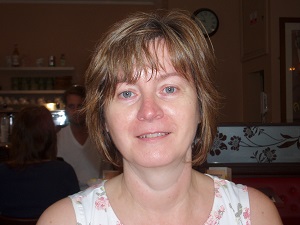 Not much to do with being a writer, you may think, but as a writer of historical romance, I have had to research not only the places my characters might have lived, but also the details of their everyday life.  And as the make-up artist was applying a thick coat of primer to my skin, (to conceal what she termed imperfections, and I've always called broken veins,) I couldn't help comparing it to the white lead which ladies used to use, to pretty much the same effect. 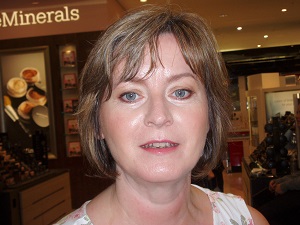 Nowadays cosmetics are all carefully tested, to make sure they're safe to use before a company can sell them.  But during the eighteenth century, women risked their health to make their skin look flawless as porcelain.  By the time of the Regency, which is when I set most of my books, my heroines no longer painted their faces and arms white, as their mothers had done.  But they still used soot to blacken their eyelashes.  Then had to procure remedies for the "red-eye" which was often the result!

They would have hated having superfluous hair, too.  And you might be surprised to learn that not only did nineteenth century women shave and tweeze out all those annoying bristles that sprouted on their chin, they also had a go at making depilatory creams.
This is a recipe for one, which I've found:

Take quicklime and orpiment (a yellow sulphide mineral). Place these in a small linen sack and let them boil until they are cooked. If the depilatory be too thick, put fresh water in it to thin it. Take care it is not cooked too much and does not stay on the skin too long. It causes intense heat. (I'll say!)  And note that the dried powder of this is good for abrading bad flesh and for making hair grow again on the heads of people with tinea (ringworm infection). But first the affected place must be anointed with oil or honey. Then the powder is sprinkled on. 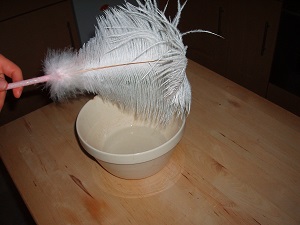 In another book, I found the advice to test to see if a similar cream would be effective, by dipping a feather into the brew.  If the feathery bits fell away from the quill, it was ready to apply to the human body.

All I can say is ouch!

(Annie's latest book is "Reforming the Viscount" in which nobody paints their faces, tweezes out stray bristles, or suffers third degree burns from applying home-made depilatory cream.  But you can buy it anyway, from Amazon.co.uk)
Posted by annie burrows at 14:10 1 comment: