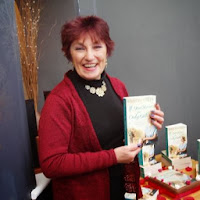 My 17th novel If You Were The Only Girl was published by Harper Collins in January 2013. I began writing in 1995 when I was no longer able to teach, because writing was something I always longed to do. So I wrote 4 books for children, numerous short stories and a thriller before I found my niche as a saga writer and my first book, A Little Learning was accepted in 1997 by Headline Publishing.

In 2001 I changed publishers and Walking Back to Happiness was published by Harper Collins and since then I have been producing a book for them every nine months and I have also written short stories for People's Friend and My Weekly, when asked to do so.

All of my books can be read in any order, but the Sullivan series, which though written a couple of years ago is still selling is about one family and the books tell the story of what happened to each member of that family. Details of these and my other books are on my website. Check it out and get in touch if you want to.