Hi I'm Beth Francis. I'm currently working on a pocket novel set during a glorious hot summer on Anglesey. Well I do write fiction!
The views of Snowdonia from my window are obscured by torrential rain so I'm having to raid my memories of summers past. Now when was it we had that long drought? 1978? 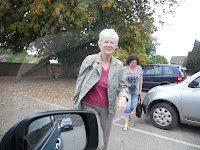 My name now is Anne Bennett but I was born Anne Marie Flanagan for both my parents came from the North of Ireland and were staunch Roman Catholics.  I was born and bred a Brummie but taught always to be proud of my Irish roots and so I grew up with a foot in both camps as it were and this was brought into play when I was began writing seriously.

I based my books in the main in areas I knew in Birmingham, the Inner Ring where I spent my first seven years, Aston, Pype Hayes the massive estate we were moved to under slum clearance in 1956 and Erdington and districts around there.  I always link Ireland in some way and this is usually the North which I know better than the South as we have relatives there and we spent all our holidays there as I was growing up and still go back now.  The book "Danny Boy" was different in that, as I wrote about the uprising in 1916, I had to choose a village closer to Dublin to base my family  and I chose Blessington  in County Wicklow.  I spent a few days there talking to people particularly the Blessington Local and Family History Society who had helpfully  written a book, called "Blessington Now and Then" which was an immense help to me.

My latest book "Far From Home"  tells the tale of Kate Munroe, driven from her home in Donegal because she was in love with a man forbidden to her and she settles in Stockland Green an area adjoining Erdington because she has friends there.  Her sister Sally joins her three years later and together with Kate's friend, Susie, encourage Kate to go out with David Burton who is besotted with her.  Eventually, she feels the same and they have a hasty marriage because war clouds are gathering and David wants to join the Air Force.  When war is declared Kate and her sister and Susie volunteer to become ARP Wardens.  David is posted as missing after the Fall of Singapore and Kate is overwhelmed with grief and in the middle of this, as a result of her ARP work, she discovers something that rocks her whole world as she realises that things are not what they seem and that she has been lied to all her life.

Posted by Anne Bennett at 15:21 No comments:

My name is Anne Bennett now  although it used to be Anne- Marie Flanagan and there are no prizes for guessing where my parents came from.  So though I was a Brummie born and bred in Birmingham,  I was brought up to treasure my roots and my parents were also staunch Roman Catholic.  Because of this I always felt that I had a foot in both camps as it were and when an accident put paid to my teaching career and I began to write in earnest, though I had been scribbling for years, that is what I wrote about.  I spent the first seven years of my life in a back to back house very near the city centre. We were moved in 1956 to a council house in a massive estate called Pype Hayes Estate to the north of the city and quite near  Fort Dunlop where my father worked.

So the books I write are mainly based either in the inner ring of Birmingham or in Pype Hayes or near by Erdington or Aston which I also knew quite well and the Irish link is usually in the North where my parents came from and where out school holidays were spent.  "Far From Home" which was out in January  was based in Stockland Green which runs alongside Erdington and the area my husband grew up in.  Stockland Green has changed a great deal, but  the areas I grew up in and Aston bear no resemblance to the times I write about and so I must research it as thoroughly as I possibly can to get it right.  I am asked many a time why I write about the war years and the reason is because I am fascinated by the way ordinary people coped with six years of war when their lives were often turned upside down and they often also had the worry of loved ones away fighting

In "Far From Home", the elders sister of a Donegal family, Kate Munroe is almost forced to leave home for she falls desperately in love with a man forbidden to her and she settled in Stockland Green because she had friends there..  When her sister, Sally joins her three years later she is surprised to find Kate still grieving for her lost love, but urged by Sally and her friend Susie Mason she agrees to date David Burton and eventually falls in love with him. But war clouds are gathering and they are married hastily before David joins the Royal Air Force.   Kate and Sally volunteer for work as ARP Wardens and when David is posted missing Kate thinks she will never be able to cope with the loss of him .  And then, through her ARP work, she discovers something that rocks her whole world for she realises nothing is as it seems and she has been lied to all her life. 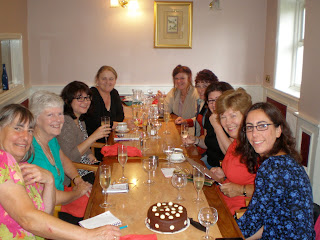 
The Novelistas seem to find any excuse to celebrate these days.  We're becoming dangerously accustomed to champagne and homemade cakes. But it's a tribute to our hard-working, determined and talented writers that our excuses are, on the whole, rather valid. 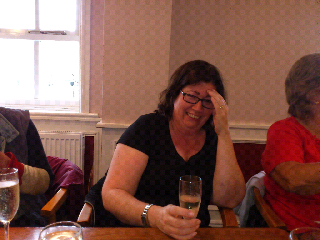 This month we were toasting the success on Kindle of Louise Marley's e-books. Having sold nearly sixty-thousand to date, she's spent weeks in the romantic suspense charts. (She also gets embarrassed rather easily, and tries to hide in photos.) 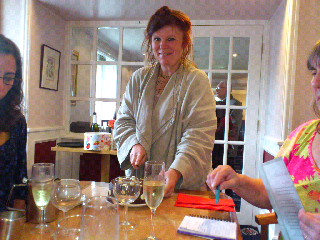 Juliet Greenwood has received much acclaim for her first novel with Honno Press, 'Eden's Garden', a moving, atmospheric, time-slip story. But not content with the beautiful paperback version, it was released on Kindle and soared into the historical fiction charts. To celebrate its success she baked a luscious chocolate cake. The Novelistas had to stoically resign themselves to expanding their waistlines and quaffing yet more champagne. *Sigh*
﻿﻿ 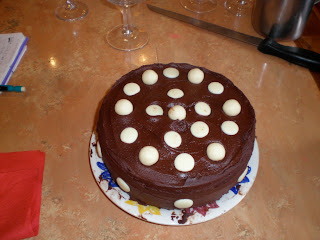 Although we were down to nine this month, we didn't let that stop us. We never do. Funny that. But we always miss the members who can't be with us. Hopefully we'll have a full house next month, when we'll be celebrating . . . um . . . Halloween or something.

Posted by Valerie-Anne Baglietto at 09:36 5 comments:

Hello, I’m Louise Marley. I write novels (chick-lit mixed with crime) and short stories. I’m inspired by old houses and loud music, so it’s lucky I live in a very rural area with lots of history and no one to complain about the music apart from a few sheep.
When I’m working on a new book I like to take lots of photographs of possible settings and then create a virtual mood board to inspire me. My book Why Do Fools Fall In Love is set during the making of a costume drama in Bath. As part of my research I watched a lot of filming and the photo below was taken during the making of A Respectable Trade. 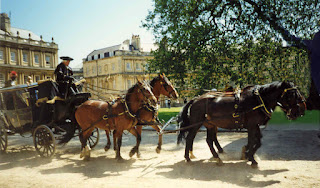 Although some people might call this procrastination ...
Posted by Louise Marley at 14:34 3 comments:

Email ThisBlogThis!Share to TwitterShare to FacebookShare to Pinterest
Labels: Louise Marley, Why Do Fools Fall in Love?

I discovered from an article in the Bookseller today that I have now sold over half a million paperback copies of my novels - over six hundred thousand, in fact - and have been too excited to stop talking about it since!

Hi everyone, I think I have made it - though it isn't like me to be late to the party!
Here's a totally random picture - the cake I made from Wedding Tiers for the book launch a couple of years back. 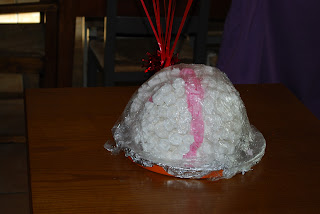 Look forward to all your posts, 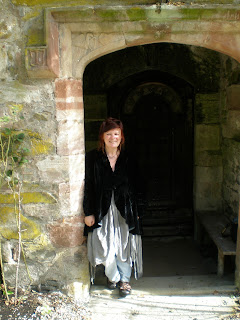 This is me at the doorway to Gwydir Castle, near Betws-y-Coed, researching my next book amongst the peacocks in the grounds.

I have a definite obsession with gardens, large, or small .... 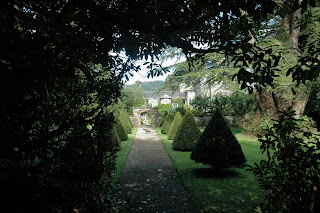 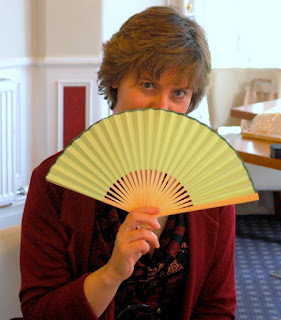 Hello!  This is me - Annie Burrows - at the last meeting of the Novelistas I attended.  On that occasion we celebrated the launch of my July release for Harlequin Mills & Boon, "An Escapade and an Engagement".  And everyone got a fan in their goody bag, as the story is set in Regency England.
Gosh - I've always wanted a fan!
Posted by annie burrows at 14:32 1 comment:

Email ThisBlogThis!Share to TwitterShare to FacebookShare to Pinterest
Labels: An Escapade and an Engagement, Annie Burrows, Book Launch, Regency romance 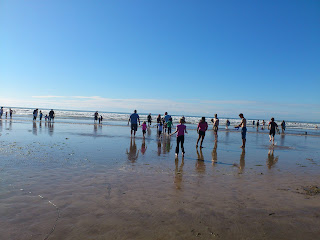 Summer may be slipping away from us, but we can still cherish the memories. Here's a little glimpse of August in Devon to inspire you on a dreary day.
Posted by Valerie-Anne Baglietto at 15:25 No comments:

Welcome to Our Blog by Valerie-Anne Baglietto

Welcome to our new blog! We are still finding our feet, but hope to post properly in the next few days. Please do check back soon.

With love from the NW Novelistas x
Posted by Valerie-Anne Baglietto at 14:24 No comments: