Writing What You Don't Know - Researching Locations by Louise Marley

The first time I heard 'write what you know', I was a teenager working as a typist for the local council. Did that mean I could only write about typists? How incredibly boring! But as it turned out, I 'knew' quite a lot. I knew what it felt like to fall in love, to be dumped, to lose a much loved member of my family - all those life experiences authors recycle into their books. When I crashed my car, I wrote about it in A Girl's Best Friend, along with my own experiences of what it felt like to be betrayed by a friend. When I lived in Bath I wrote about that too (along with all those movies and TV dramas I had seen filmed there), in Why Do Fools Fall in Love. And, being a writer, what I didn't know I made up.

When I was asked to contribute to the Sunlounger anthologies (along with my fellow Novelista, Valerie-Anne Baglietto), the brief was to write a story set in a holiday destination. No problem, I'd just come back from a holiday in Sorrento, I'd write about that (The Indecent Proposal). Well, as it turned out, it's one thing going on holiday somewhere, quite another to have to write a story about it. I dug out my holiday photos and wrote notes about everything I remembered, but it wasn't enough. I had to do some research.

In the old days I'd have headed for the library; nowadays everything is easily available online. Maybe a little too easily, because there is one huge problem with information on the Internet. It's not always accurate. (Shocker!) So I have a rule of three - check facts three times from three different sources.

When it came to writing my story for Sunlounger 2 (The Accidental Proposal) I approached it differently. I'd have my characters arrive in New Orleans as tourists and I worked out an itinerary for them. (You can see my original notes for that here). Of course, that threw up a whole load of new problems. In my original story I had them visiting one of the famous cemeteries at night - it turns out they shut at night! There was a scene where the characters are standing in the street drinking cocktails. In some States that's illegal but fortunately (at the time of writing) it wasn't illegal in New Orleans. There was another scene I'd set beside the tomb of the famous Marie Laveau but vandals had just painted it pink! So, should I make the tomb pink in my story - to prove I'd done my research and show how clever I was? In the end, I decided the authorities were just as likely to repaint it white, and even mentioning the fact that it had ever been pink (no matter how deliciously quirky) it was likely to detract from the story.

So the moral is, always check your facts. It's no good assuming an editor will spot any mistakes in your research - it's not their job! If you're not careful, the first person to spot them will be your reader - and they won't hesitate in pointing them out to you - usually in a one star review.

But no matter how brilliant your research, nothing compares to visiting a location yourself! If you do get that chance, then I recommend taking lots of photos and making lots of notes - and it is the perfect excuse for a holiday!

Google Earth - Perfect for 3D images of locations. Many of cities also have 'street view' allowing you to 'walk' about. Bear in mind the images are often a few years old - if you look for my house, all you'll see is a field!
Pinterest - A great resource for images and you can create mood boards (I've blogged about Pinterest here). The photos often link to blogs.
Travel blogs - A brilliant resource but remember they are opinion pieces, read more than one if you want to view your location through your character's eyes, not the blogger's!
Travel agent websites - for hotels and tourists' itineraries (if you're writing about tourists!)
Tourist Board websites - Obviously!


On the first Friday of the month, Novelista Annie Burrows shares insights into the life of a writer - alphabetically.  This month she has reached F for...foreign editions

One of the great things about writing for Mills & Boon is that my books get translated into all sorts of languages.  It's always a terrific thrill when I receive my author copies of these books.  And also fascinating to see how marketing departments in various parts of the world go about trying to tempt readers to buy.

For example, here is the cover of the UK version of my story "The Viscount and the Virgin"  Lovely and romantic, clearly focussing on the fairy-tale wedding between my virginal heroine, and her hero.

And here is the American version of the same story - clearly focussing on the wedding night!

Many countries simply take the cover art from the first edition (usually UK), and put their own title and pricing details over it.

On the left, is the orignal cover for the UK edition of "His Cinderella Bride"

On the right, is the Greek translation.

Others go all out, creating fabulously images which hint at some of the details of the story within the covers.  Below is the Norwegian edition of "His Cinderella Bride". 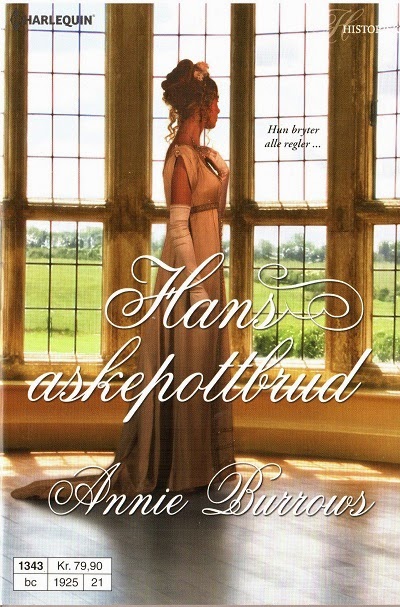 But I think my favourites of all are the Japanese editions.  They are not only beautiful in themselves, but have an added air of mystery about them - opening from what I would consider the back, and with all that inscrutable text.  It took me some time, after receiving my 1st Japanese translation, to work out which book it had originally been. Now I know to consult the copyright page (which is at the back, no - front, no...well, at one end, anyway!)

Below is the Japanese translation of "My Lady Innocent" a story set in early Tudor England. 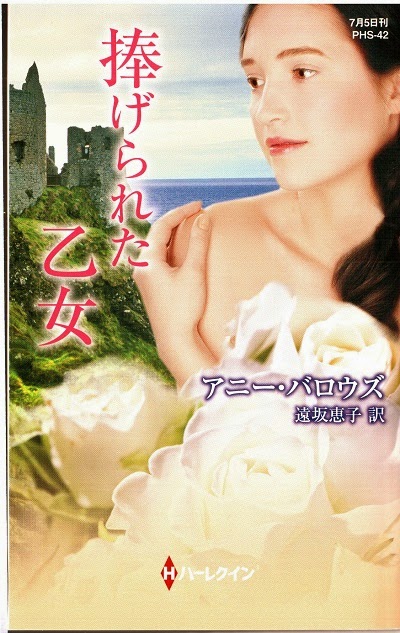 Not only do the Japanese produce (what I assume are) straightforward translations of my books, but they also do comic-book versions. 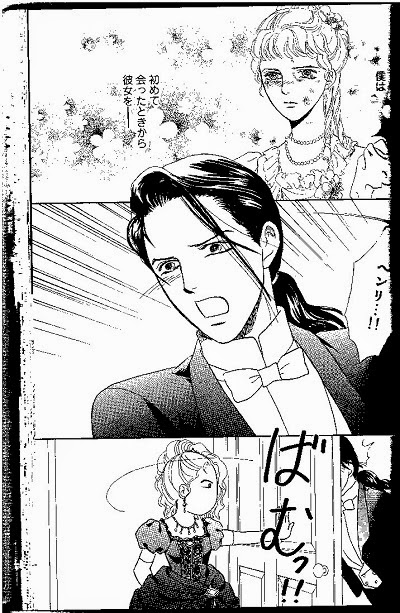 Above is a Japanese manga scene from "Never Trust a Rake"  On this page the hero and heroine are clearly having words - she looks as though she's slamming the door in his face.  Though I don't remember writing a scene where she does that!