This is the third in my series of posts about the publishing process (you can read the first and second here) with a traditional publisher. As I take you through my journey, I hope to demystify the process and give you an idea of the work which goes into getting a book ready to hit the shelves.

Checking the proofs is the final stage in getting the text of a book ready for the printer's. The manuscript was sent to me and a proofreader simultaneously, and by now it was all laid out like a book rather than the word document we’d previously been working from. 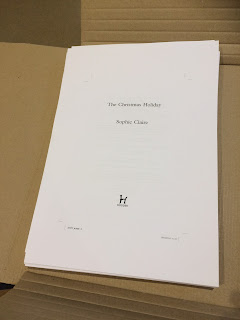 Hodder sent me a physical copy as well as digital, which was really handy because I find it’s much easier to spot mistakes on a printed page. I picked up some little errors: missing speech marks or commas, the occasional word which had accidentally been left in after the copy-edit stage. Previously, these are the kinds of things that would have irritated me as a reader, but now I’ve seen how extensively a book is amended and tweaked, I understand how easily they can slip through. Hopefully, having been through the rigorous process of being checked and double-checked by different professionals, the text will be perfect.

The proofs were about checking the fine detail of the text, but meanwhile another team of people were working on a more creative element: the book’s cover...

This is the initial black and white sketch which my editor sent me, along with colour samples showing the wintery blue colours and warm glowing lights the team were proposing for a colour scheme. This layout was the work of the designer, Natalie Chen, and I was delighted to approve it. 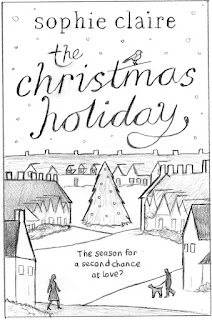 An illustrator, Giordano Poloni, was then commissioned to produce the scene on the front and back of jacket. It focuses on the fictional English Cotswold village of Willowbrook, where my story begins, with the main characters depicted as silhouettes at the front. Again, I was thrilled with the design. My only request, when this came through, was would it be possible to incorporate sewing elements, since the main character, Evie, owns a patchwork and quilting shop? Sewing plays an important part in the story, and Evie’s quilts and handmade creations are woven into the plot, so I was keen for this to be included in the artwork somehow. The designer came back with this: 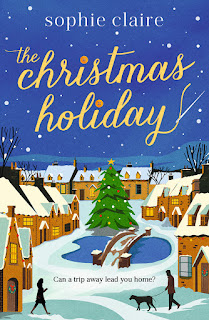 Isn’t it beautiful? My book is described as ‘cosy women’s fiction’, and I think this cover encapsulates that perfectly. And the buttons and sewing needle were a stroke of genius!

Here’s the back cover: 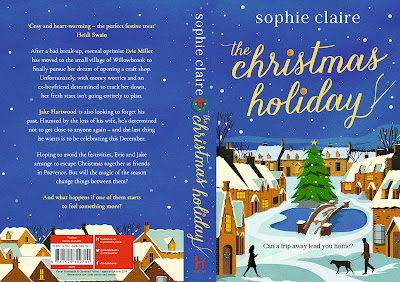 What do you think? Can you see how already a whole group of people have worked closely on preparing my book for publication? Their expert contributions have all helped to refine it and package it in the most compelling way possible, and I feel privileged to be part of the Hodder team. I can't wait to hear what readers think of it when it's released in September.