Why Pixel is a Four-Letter Word by Louise Marley

When I first decided to self-publish it didn’t actually occur to me I’d have to do everything myself. I soon found out that while I owned the rights to my traditionally published books, I didn’t own the original cover art. I would have to produce my own. I might have a GCSE in art, but there is a reason my entire house is painted in magnolia and that I only ever wear black. But, you know, whatever! How hard can it be to design a book cover?

I soon found out.

This was my first attempt for Why Do Fools Fall in Love. The original illustration cost me £30. It was on a white background, which was fine, but Amazon stated that any white cover had to have a black border around it, and at that stage I hadn’t a clue how to fix that. I decided to change the background to pale blue which, with hindsight, looks terribly wishy-washy.


A year later and I wanted my covers to appear more similar, like a ‘brand’. I therefore redesigned Why Do Fools Fall in Love and Smoke Gets in Your Eyes to match A Girl’s Best Friend.

Smoke Gets in Your Eyes was simple. I took three illustrations - a man, a woman and some smoke (see what I did there?) and set them against a black background.

Why Do Fools Fall in Love proved more difficult. I bought a new background illustration because I liked the trees with the fairy lights, but when I added the hero and heroine it looked too ‘busy’. It also had the Eiffel tower in it and my book is set in Bath! So I stripped everything away until I was left with the trees - and then I put back the fence because it looked too bare. And the fence did have little hearts on it, which went with the title. Coloured jeans were in fashion, so I changed my heroine’s to yellow, which I also hoped would make the cover look less Christmassy. One of the tricks I’d picked up since my first effort was to use as few colours as possible, so my hero got a makeover too and ended up in urban black and grey. 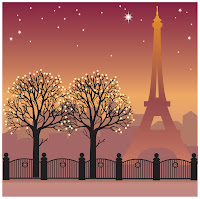 I experimented with different background colours and decided on a rather classy dark blue to resemble the evening sky. Unfortunately, once the cover had gone through two software programs the dark-blue turned purple! My computer then crashed three times over the course of a weekend, losing all my work. It was coming up to Christmas and I had a mass of deadlines, so in the end I just muttered something that didn’t sound remotely like ‘whatever’ and hit ‘publish’.


I’ve now designed the covers for most of my books. I could admit it’s because I’m a complete control freak, but do you know what? Despite all the cursing and complaining I actually enjoy doing it!