H is for heroes


Novelista Annie Burrows continues her alphabetical meander through her life as a writer.  This month she's reached the letter H, which of course stands for heroes...
I've recently handed in a book that is going to be part two of a historical trilogy.  The three books in the series deal with the loves of three officers in the same regiment, who fight at the battle of Waterloo.  And about the first thing my co-continuity authors wanted to know about my episode was "What does your hero look like?" 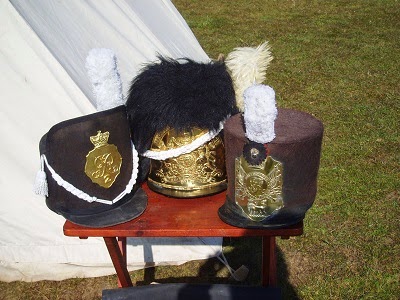 Sarah Mallory and Louise Allen had already put pictures in our joint files of actors who'd inspired them when it came to imagining their heroes.

Sarah Mallory chose Peter O'Toole when he was  Lawrence of Arabia for the Colonel of our fictitious regiment.

My problem was that although I had a clear image in my head of my own hero, I hadn't based him on an actor.  I just can't do that.  Because for me, what the hero is like inside, as a person, is far more important than what he looks like.  I always start with the personality, and work outward.  And if I start picturing a specific actor when I write about my hero, I'm always worried that the actor's personality traits might sneak in.

However, Sarah and Louise - who write much faster than me - were already writing scenes where my hero would have to stride across their pages, and really, really wanted to know what my hero looked like.

Fortunately (for them!) about that time I found an image of Tom Hiddleston in a cravat, from when he'd been playing a nineteenth century gentleman.  That was about the nearest I could come to explaining what my hero would look like.  And it wasn't about his features.  It was about the cleverness you could see in his features.  The potential for wickedness beneath the charming smile.


Posting an image of Tom certainly inspired their imaginations.  Whenever they sent me a scene in which he appeared in one of their books, they had my Artillery Major off to a "T".  He was a flirt.  A charmer.  And devilishly good-looking.

Thinking about Tom Hiddleston kept them happy for a while.
( Well, he seems to make a lot of ladies happy.)
Tom Hiddleston

Until they wanted to know what his name was.  I had to explain that he hadn't told me yet.  In my defence, I explained that I was only on about chapter 3 by then, and he was only just waking up after having sustained a head injury.  He was confused, and concussed, and couldn't everyone just call him "Sir."

I can't remember exactly when, during the course of the emails pinging back and forth as we created our fictional regiment, we started referring to him as Tom.  And then, when I couldn't come up with a surname, Louise Allen coined the nickname Tom Cat, which really, really suited him.


This kind of procedure is how it usually goes for me when naming my heroes.  I know that some authors can't start writing their heroes until they have a name, but I find that mine don't tell me what it is until I have got to know them pretty well.  My secondary characters had to speak of one of my heroes as Lord Rakey Rakerson well into my second draft of his adventure!

And it's the same with the book I am currently writing.  I know quite a lot about my hero's childhood, and naval career.  At the time he meets my heroine, he's reached the rank of Captain.  He is also an Earl to an almost bankrupt Scottish estate.  So naturally, the heroine has been having to call him Captain Lord Scotsman.

But only a few days ago, his sister (who is a minor character in the story) bounced up to him calling him Alec.  Which is short for Alexander.  And since I knew her name was Lizzie Dunbar (because it's always much, much easier to name minor characters) that meant his family name had to be Dunbar too.  Which is just right, and sums him up perfectly.  Alec has a sort of cautious ring to it, somehow.  He is a solid, dependable sort of chap.  He is also the Earl of Auchentay (a Scottish area I invented several books ago, which has come in very handy)
And yes, I have the same slow process when it comes to naming my heroines.  I think it is because it is so important that they get a name that really, really conjures up an aspect of their character - something that will help them to come to life on the page.  I can't just pluck any old name out of a baby book, or something similar.  The name has to have a resonance.  Tom was a good name for my military hero - there's nothing stuffy about a Tom, is there?  And you can imagine a Tom being brave on the battlefield, insubordinate to his officers, and lethal with the ladies.  And once we started calling him Tom Cat, well... 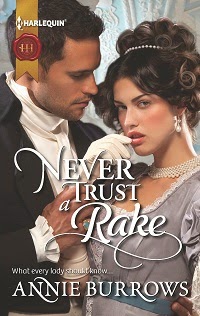 If you'd like to read more about Lord Rakey Rakerson, well, this is the book he became the hero of. (available at Amazon UK and Amazon.com  )

You'll have to wait until next Christmas to read about Captain Lord Scotsman!

And if you should want to know about any of Annie's other books, there's more information on her website
Posted by annie burrows at 10:06