I love afternoon tea with friends. You don’t have to dress up, you don’t have to cook (hurrah!), and you don't have to keep the rest of the family happy. It’s not even about nutrition. It’s about pleasure, pure and simple. 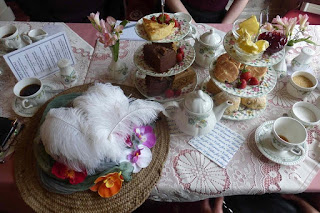 Afternoon tea is a simple indulgence – or so it would seem. Get women talking, and we’re poking and prodding, endlessly curious about our own lives and those of others. It might be light-hearted, but quietly, without anyone noticing, we are dissecting life, the universe and everything, and without having to be polite about it. I love that working out the stories of lives, which is what I also love in books, both the writing and the reading.

It should therefore come as no surprise that tearooms, and ladies’ tearooms in particular, were once the hotbed of revolution. In Victorian and Edwardian times, quietly, without anyone noticing, over cups of tea and penny buns, in suffrage tearooms in Oxford Street and Covent Garden, and all over the country, women in the UK were planning a rebellion that would change society forever. Their talk was of breaking free of having no legal existence, no training or education that would enable them to earn an independent living and take charge of their lives. This was long before the suffragettes lost patience and took to violent direct action. The women (and men) of the suffrage movement battled for the vote for all (as most men didn’t have a vote either), and also to improve women’s everyday lives, enabling them to take their place as equal human beings, not some self-sacrificing angel with no inner life of their own.

When the first safety bicycles (so called as the ones before had been fairly lethal) arrived during the 1880s, women loosened their corsets and took to the freedom of two wheels like ducks to water. But even the women who wore voluminous divided skirts, or wore skirts over trousers, were considered scandalous, and a threat to civilisation as we know it, often pelted with rotten fruit as they passed, and summarily thrown out of ordinary tearooms for indecency. Ladies tearooms up and down the country provided places of refuge for lady cyclists, some (shock, horror) with male companions, who didn't seem at all concerned the ladies might develop the dreaded ‘bicycle face’ and become instantly haggard (possibly because no one with any sense believed such nonsense). 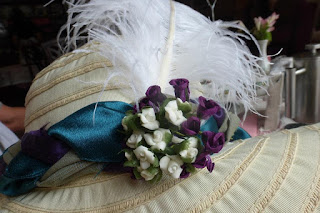 Ladies tearooms were the first place women could really go on their own, without being hedged around by family and expectations to be quiet and dutiful and careful not to show any intelligence, in case it might put off any suitors. They talked to each other, and to men, without supervision, exchanging ideas and learning that they could be so much more than the role set out for them by their families and society.

Ever since I stumbled across the suffrage ladies tearooms, when I was researching The White Camellia, I’ve loved the idea of rebellion among the teacups and the penny buns, the fruit loaf and the scones. In my story, the White Camellia suffrage ladies’ tearoom plays a vital role in the lives of my two very difference heroines, as well as continuing its fight to change the world. 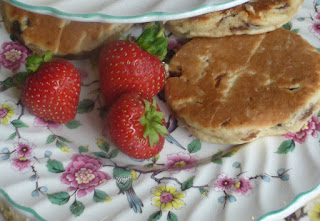 There’s definitely only one place to celebrate the publication of The White Camellia – the local tearooms! 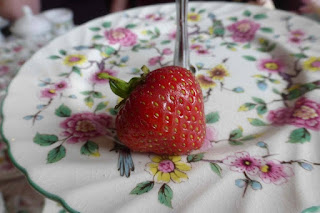 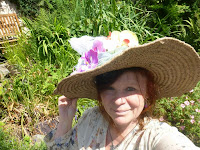 Juliet Greenwood is a UK historical novelist published in Wales by Honno Press. Her grandmother worked as a cook in a big country house, leaving Juliet with a passion for history, and in particular for the experiences of women, which are often overlooked or forgotten. Juliet trained as a photographer when working in London, before returning to live in a traditional cottage in Snowdonia, in beautiful North Wales. She loves gardening and walking, and trying out old recipes her grandmother might have used, along with exploring the upstairs and downstairs of old country houses.

Juliet's books are set in Cornwall, London and Wales in Victorian and Edwardian times, and follow the lives of independently-minded women struggling to find freedom and self-fulfilment. Her two previous historical novels for Honno have reached #4 and #5 in the UK Amazon Kindle store. Her latest novel is The White Camellia.

Her family ruined, Bea is forced to leave Tressillion House, and self-made businesswoman Sybil moves in.

Owning Tressillion is Sybil’s triumph — but now what? As the house casts its spell over her, as she starts to make friends in the village despite herself, will Sybil be able to build a new life here, or will hatred always rule her heart?

Bea finds herself in London, responsible for her mother and sister’s security. Her only hope is to marry Jonathon, the new heir. Desperate for options, she stumbles into the White Camellia tearoom, a gathering place for the growing suffrage movement. For Bea it’s life-changing, can she pursue her ambition if it will heap further scandal on the family? Will she risk arrest or worse?

When those very dangers send Bea and her White Camellia friends back to Cornwall, the two women must finally confront each other and Tressillion’s long buried secrets. 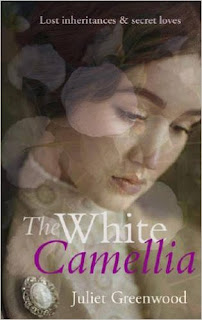