J is for...Journey by Annie Burrows


On the first Friday of the month, Novelista Annie Burrows shares insights into the life of a writer - alphabetically.  As we reach the turn of the year, she has reached the letter J... 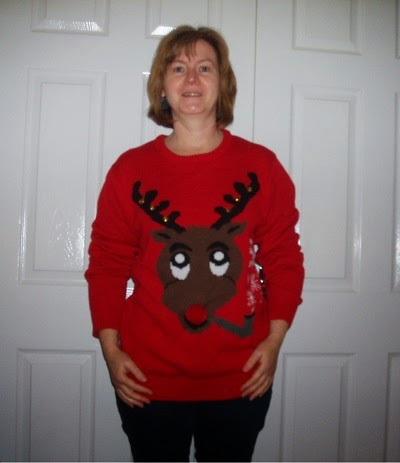 The kind of stories I enjoy the most are ones in which the main character changes and grows, emotionally, during the course of whatever adventure the author has sent them on.  There are various ways of describing this aspect of story-telling.  Often writers refer to it as "the character arc".  I prefer to think of it as the "emotional journey", (probably because the word "arc" conjures up an image in my head of an object which curves right up, then ends up on the same level as where it started.)  I like to think I'm sending my characters on a journey, in which they not only have an adventure, but also learn to abandon their prejudices and hang-ups along the way, and end up better people.

Perhaps the most obvious example of a story like this is "A Christmas Carol", by Charles Dickens.  At the start, Scrooge is a miserable skinflint - a man who makes everyone around him almost equally as miserable.  By the end, he's giving away turkeys, raising his clerk's wages, and generally spreading Christmas cheer.  The story is so powerful, and spreads such a touching message of hope for even the most hardened cynic, that it has been adapted over and over again, for retelling to a modern audience.  Over this Christmas season alone, four different adaptations have been aired on TV (that I've noticed) including my family's favourite - A Muppets Christmas Carol.  The story of this one man's emotional transformation never seems to grow stale.

It is particularly suited to telling at Christmas time.  Don't we all make New Year's resolutions?  Isn't the turn of the year the time when we examine ourselves, take stock, and vow that this is the year when we'll do better?  Stories such as A Christmas Carol, that show a character overcoming his own flaws and weaknesses, give us hope that we can do something similar.  Though I have to confess, I'd broken every one of my resolutions before the end of January 1st!  And yes, they did all involve eating habits, and exercise. 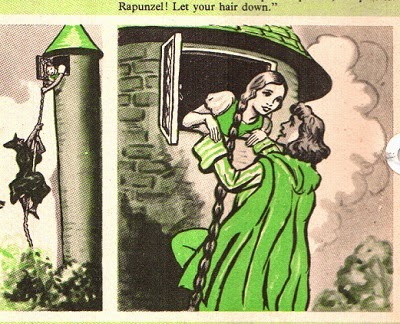 Scrooge changed (literally overnight!) because of intervention by supernatural beings - the ghosts of Christmas Past, Present, and Future.  But there are many other classic stories where the central character is transformed by the (often healing) power of love.  As a writer of romance, these are the ones that have always particularly inspired me.  As a child I couldn't get enough of fairy stories, such as Rapunzel - where the hero's blindness is cured by the tears of his beloved falling onto his eyes, and The Snow Queen, where Gerda's tears wash the splinters of the troll mirror from his heart.  (Oh, dear, it's always tears, isn't it?), or Beauty and the Beast, where the heroine learns not to judge by outward appearances, and breaks the curse to find the Prince inside the Beast.

Then, as I grew older, it was stories that contained a more romantic love that I enjoyed the most.  The ones where the hero's character and actions helped to unfreeze the heroine's heart in some way.  Or vice versa.  I think that is one reason why I love reading Harlequin romances - fairly often the heroine's integrity is what persuades the cynical hero to soften and open his own heart to love.  She "rescues" him from a life of cynical isolation. 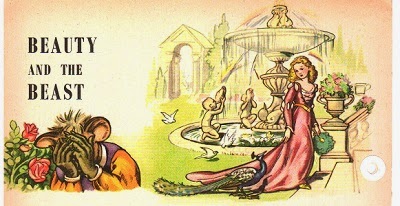 On reflection that's probably what I love about Rapunzel, and Beauty and the Beast, and The Snow Queen.  Although the hero starts out with all the notional power, it is the woman who comes to the rescue in the end.   Rapunzel cures the Prince's blindness, Beauty breaks the curse holding the Beast in thrall, and Gerda travels through the Arctic to rescue Kai from the Queen's ice palace.

Gerda is the one fairy tale heroine who goes on an actual journey.  My own characters rarely do.  It is their inner journey, often from a dark place, that I love to describe.  I was half way through writing A Mistress for Major Bartlett (release date June 2015) before I realized my heroine was very like Rapunzel.  Although she isn't under a real curse, she has shut herself up in a psychological tower, into which nobody has access, apart from her beloved twin brother.  It takes a real shock to jolt her out of her self-imposed isolation, set out on a path to self-awareness, and open her heart and mind to the possibility of love.

Her hero, the Major Bartlett of the title, also has his own emotional journey to undertake.  Like the prince in Rapunzel, he has been wandering in darkness for a very long time.  And it (sort of) takes the heroine's tears to open his eyes to not only what he is, but what he could become.

Wishing you all the best as you journey into this New Year.
Annie
x
Posted by annie burrows at 11:32