How Grandma Invented Christmas (with holly, ivy and an awful lot of glitter ... ) by Louise Marley

In our family we owe most of our Christmas traditions to my grandmother, who absolutely loved Christmas, even though she had every reason to hate it. She grew up in extreme poverty and her husband was killed two weeks before Christmas, leaving her with a three-year-old daughter (my mother). Instead, she absolutely embraced Christmas and we still carry on many of the traditions she started. 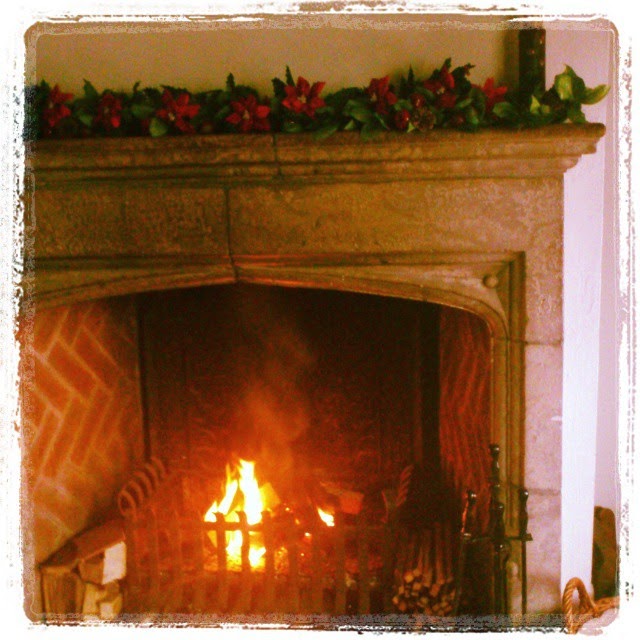 I grew up in a rambling old house with my two younger brothers, my parents, my grandmother and several assorted dogs, cats, rabbits, guinea pigs and goldfish. My grandmother would make our Christmas decorations by disappearing off into the nearby woods and coming back with bags of all kinds of evergreen foliage, including the ubiquitous holly and ivy. (I think there’s a law against this now; there probably was then). She would outline the leaves in glue, and dunk them in glitter, and then use them to cover the mantelpieces and the tops of the pictures hanging on the wall. And, while infuriating my mother by leaving trails of glitter throughout the house, she would tell us stories about the old Norse gods and explain why we decorate our houses with evergreens at this time of year. 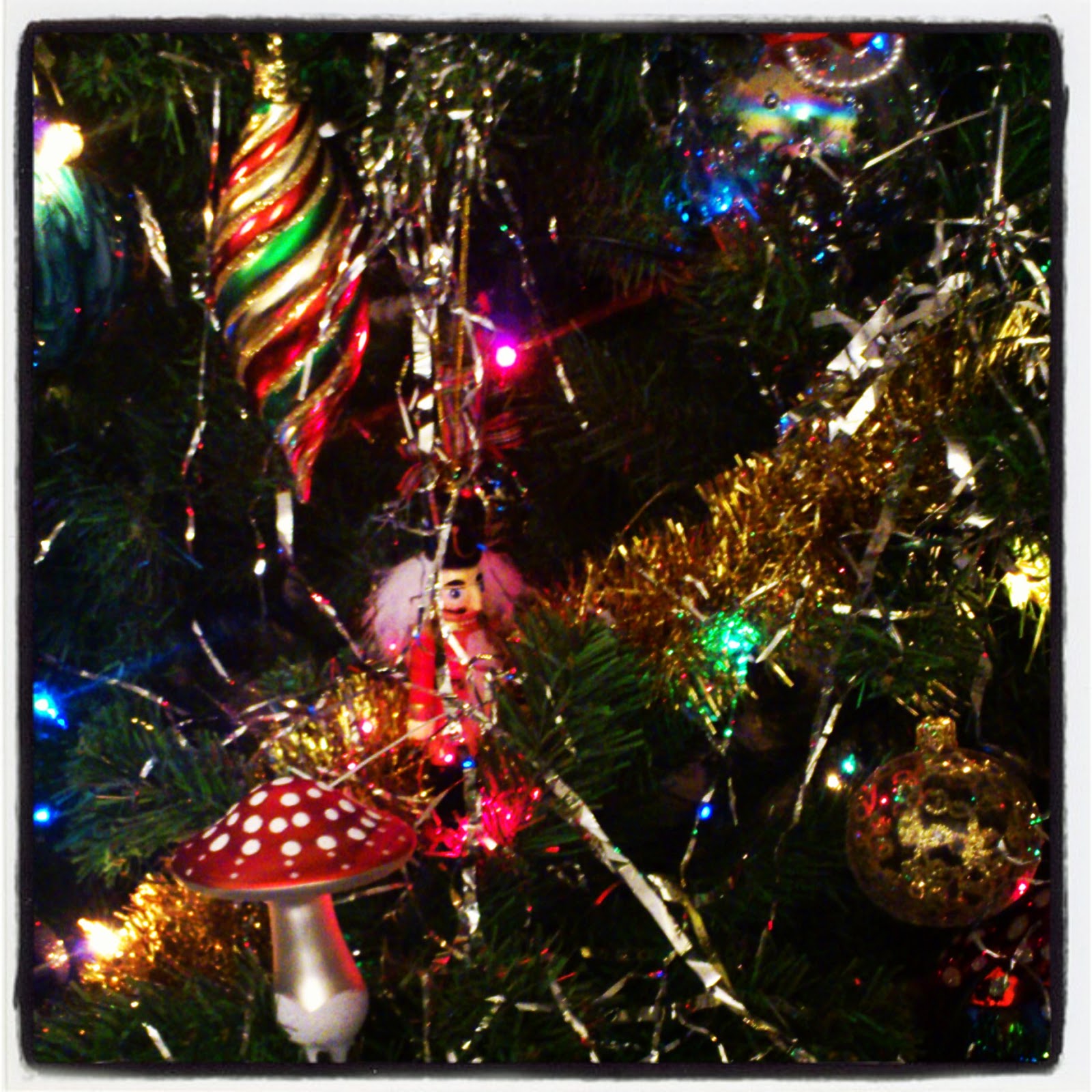 We always had a real Christmas tree, which had to be so big it wouldn’t fit in the sitting room; so we’d have to bend over the top, meaning the fairy spent most of Christmas hanging upside down. Every year my mother would try to find new ways to keep the tree alive, including spraying it with various ‘miracle’ concoctions. In the end, she settled for shoving the tree in a large bucket of water, but every time the dogs pushed past it, wagging their tails, a shower of pine needles would hit the floor and it would be bald by Boxing Day. All the Christmas baubles had been bought individually, some dated right back to the 1940s, and each had its own little story to tell.

My mother began the tradition of Christmas stockings mainly (she admitted to me later) so she’d get a little bit longer in bed on Christmas morning. She and my grandmother would make three Christmas puddings – one for Christmas Day, one for Boxing Day and one for New Year – but my mother refused to hide money inside them, because she thought it was unhygienic. My grandmother got around this by boiling the coins, wrapping them in paper and sneaking them onto our plates when my mother wasn’t looking. We were allowed to unwrap one present in the morning, before heading off to church, and the rest of the presents would be opened after listening to the Queen’s Speech. 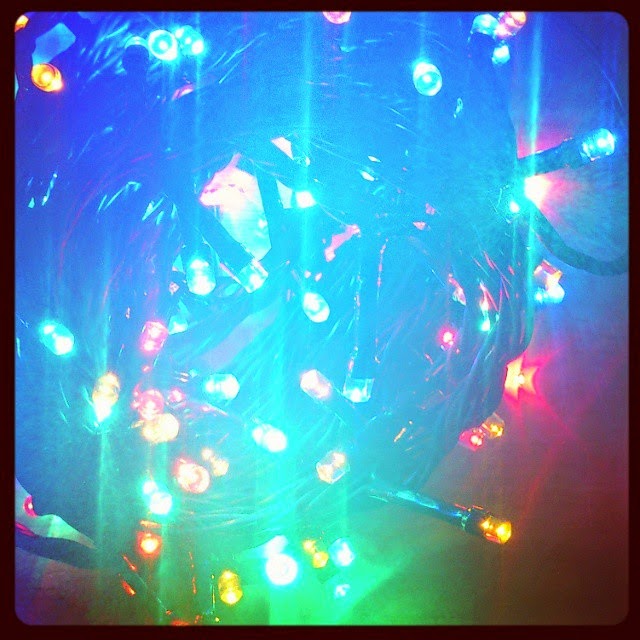 I never questioned any of these traditions until I left home and had a family of my own. Obviously I couldn’t raid the local woods for holly so I bought it from the local garden centre. Sadly the berries were plastic and tied on. The mistletoe had been imported from France and was a strange yellow colour and, as soon as I got it home, all the berries dropped off. So that tradition didn’t last long! Because my mother had never let me near fairy lights in case I electrocuted myself (some of them were pre-war, so she probably had a point), I had no idea how to decorate a tree (I still don’t) but I did carry on the tradition of buying each Christmas bauble individually so it has a story to tell.

My husband just laughed when I suggested we make our children wait until after the Queen’s speech to open their presents, and we ended up with an artificial Christmas tree after realising my six-month-old daughter, who had just begun to crawl, would end up stabbing herself on the shrivelled-up pine needles. And no one likes Christmas pudding, so now we make mince pies instead.

So I guess that is what Christmas traditions are all about. You keep some, you adapt others and finally you create new ones to suit your own family.

Louise Marley is the author of Something Wicked - out now!