M is for...Mills and Boon by Annie Burrows

On the first Friday of every month, Novelista Annie Burrows has been sharing a very personal view of what it is like to be a writer.  And is dealing with themes in alphabetical order.  This month, she's reached M...for Mills & Boon.

Like many people who become writers, I started off being the kind of child who always had her nose in a book of some description. 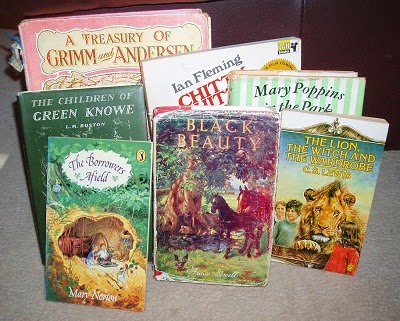 Unlike many, I didn't have a burning ambition to become a writer.  It just never occurred to me.  Not until Margaret Thatcher abolished student loans, just a couple of years before my daughter was due to go to university, that is.  We hadn't a penny saved up to fund her education, and were suddenly faced with the huge cost of her getting a degree.
How to get the money to put her through college?

I know, I thought.  I'll write a book.  I've read so many, I'm sure I could do just as well.  Because when I wasn't reading a story, I was daydreaming.  Those sort of Walter Mitty-ish daydreams where I was the heroine, getting into all sorts of unlikely adventures.

And I had been to university and got a degree in English, so I knew all about what makes great literature.  I was sure, if only I put my mind to it, I could quickly come up with a bestseller.

And I did come up with what I thought was a brilliant idea.  A re-working of the Babel story from the bible, which would show how it affected one family, as the world they knew collapsed into chaos around them.  It was a kind of allegorical, apocalyptic examination of both family dynamics, and social conditioning, which ended up proving that we are all only as civilized as the society in which we live.

At that point I made a discovery.  It is a lot harder to write a novel than I thought.  You can't just sit down and write your ideas down in the order you get them.  You've got to tease out the message, and have enough action going on to get that message across without boring the reader to sleep.  How did I discover this?  Well, because I read sections aloud to my family as I finished them.  If they really did fall asleep, I knew I needed to re-write that bit.

Anyway, that was how I learned to write - by sitting down and doing it, then trying out the effect of my prose on my poor unsuspecting family.

At last it was finished.  My masterpiece.  I got hold of a copy of the Writers and Artists Yearbook and started sending it out, eagerly awaiting the thrilled reaction of publishers who would all be clamouring for the privilege of printing it.

You won't be surprised to hear that none of them wanted it.  Most didn't even bother replying.  Which puzzled and hurt me.

By this time, my daughter had started at college, and I clearly wasn't going to make my fortune with my book, at least not right away.  So I had to go out and get a Real Job, which meant I had less time to devote
to writing that bestseller.  Which I wasn't going to abandon.  I'd got hooked on writing. 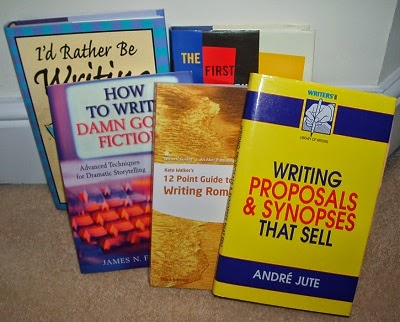 I felt I just needed to work out where I was going wrong.  Perhaps I needed a bit of tuition, or something?

But since I was working I couldn't go on a full time writing course.

However, I did see an advert for a correspondence course which involved doing assignments and sending them off and getting them marked.  The first assignments involved researching various magazines with a view to writing articles.

Now, this probably seems logical to you, but this was the first time anyone had suggested researching the market, and writing something in accordance with a set of guidelines.  I thought I could just write whatever I wanted, and some publisher should be grateful to print it out and sell it for me!

I knew magazine article writing wasn't for me, but at least the marks I got from my tutor were encouraging.

There was a fiction-writing segment coming up in the correspondence course, and, getting bored with the factual stuff which didn't make use of my imagination, I skipped ahead and read the section on genre fiction.

Now, because I'd studied Literature at university, I'd been taught to sneer at pulp fiction.  But the one thing that caught my eye, as I read the course outline, was a little sentence that said, "If you send work in to Mills & Boon, someone will read your manuscript, and reply."

It then went on to suggest that if I wanted to write something likely to get Mills & Boon to take an interest, I should buy several recent books published by them, so that I could see if I could write something along those lines. 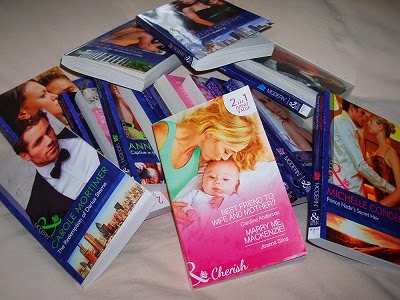 So off I went to my local library, and got an armful.

I'd never knowingly read anything from Mills & Boon before.  But the moment I did, I was hooked. Why hadn't I read anything like these wonderful romances before?  They matched exactly the kind of stories I'd been making up in my head for years - oh, I don't mean the worthy, literary story I thought was a Real Piece of Writing - I mean the ones where I was a heroine in peril, getting rescued by some strapping great hunk with a tortured soul who needed my gentle brand of wisdom to make his life whole - or the ones where I was an impoverished, though intelligent girl from a genteel family who catches the eye of a dashing rake, or pirate, and persuades him, through a series of adventures where I demonstrated a special brand of pluckiness, that I was just what he'd always been looking for without even knowing it.

From that moment on, I had stories flowing out of my fingertips, drumming at my brain to get onto paper.  Plucky heroines and rugged heroes clamouring at me to tell their stories.

Though it took another few years before the editors at Mills & Boon finally gave in, and agreed to publish one of them.

I wasn't sure exactly which line I wanted to aim at - it was a choice between Moderns (which are like reworking of fairy tales such as Cinderella, or Beauty and the Beast, really) or historical, where I could indulge my imagination in tales of adventure, involving rakes encountering plucky heroines.

So what I did was to alternate.  First of all, I'd write a story for the Modern line, and send it in to the relevant editor.  And then, while I was awaiting a response, I'd write a historical one.  So when my rejection eventually came back, I immediately had another one all ready to send out.

At the same time I was buying books about how to write, to see what I could learn.  I can't say that any one book had all the answers, but every single one of them would contain at least one little nugget of advice I found useful.

And my husband got me a computer which would connect to the internet, which opened up a whole new world of research for me.

It was just after I'd signed up for an evening class at a local college in fiction writing that I first heard of the Romantic Novelists Association, and its New Writer's Scheme.  My tutor was giving me good marks for my assignments, but I was still getting standard rejection letters from Mills & Boon, and I wanted to know what I was doing wrong.  Why wasn't I getting anything published?

For a fee, I discovered, the New Writer's Scheme would read a manuscript, and actually send back a report about the quality of my writing.

So, I decided that when my next rejection letter came through, I would send the manuscript off to the New Writer's Scheme so someone would tell me where I was going wrong. 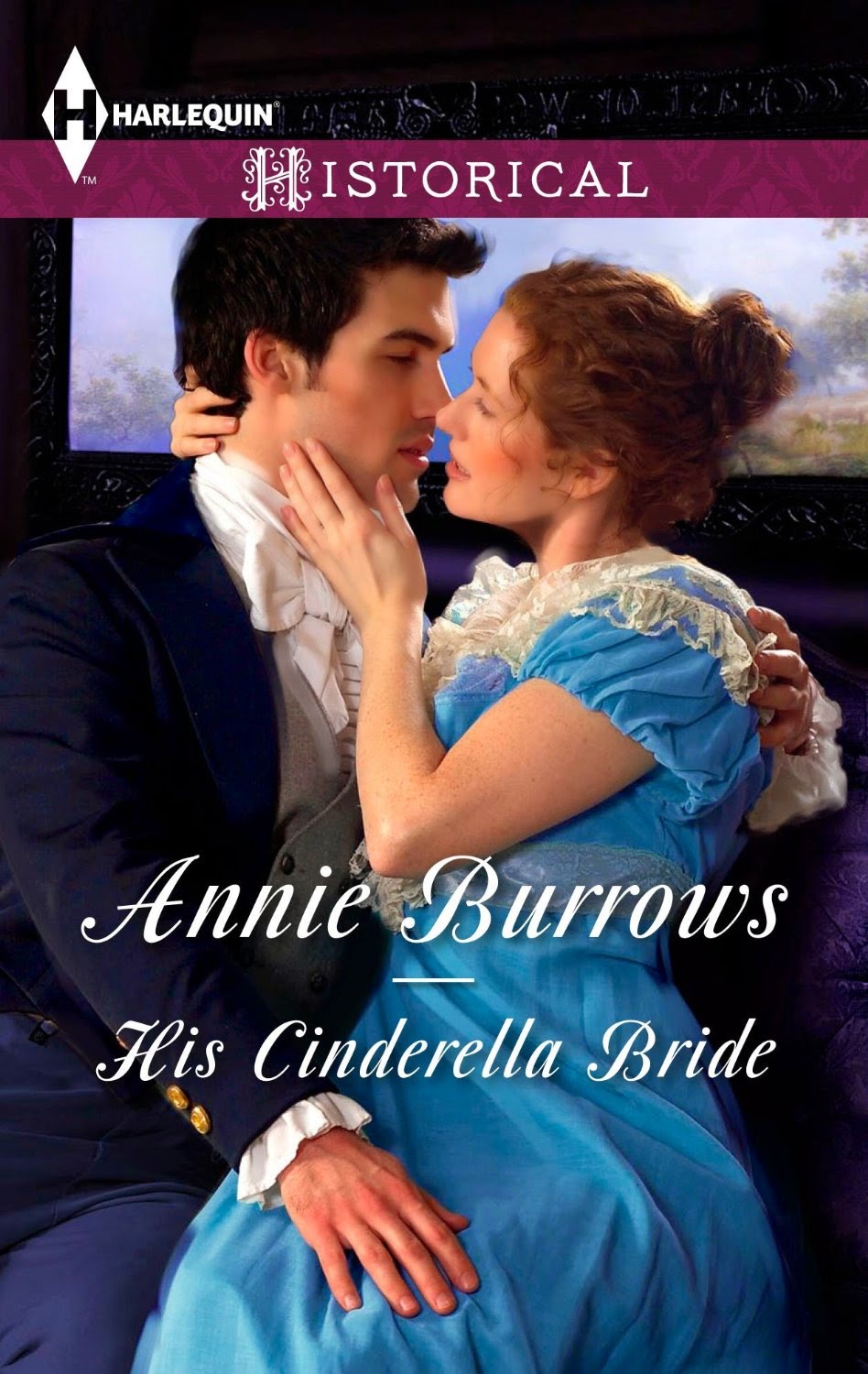 However, that submission didn't get rejected.  Instead, I got a very nice letter asking to read the full manuscript, and then, many months later, a request for very minor revisions.  Before I knew it, I'd got the call with the offer of a publishing contract.

It had only taken me ten years.

My first book, His Cinderella Bride, came out the following autumn.  By this time not only my daughter, but also my son, had both graduated from university.

But I'd got a new career.

Annie's first book "His Cinderella Bride" has just been made available as an ebook.
Posted by annie burrows at 14:18