I love these kind of questions. They’re useful for keeping me focused on my goals and reminding me of my achievements, and obviously this was a big year for me with the publication of my first novel. However, one of my answers stopped me in my tracks. I had completely forgotten that 2015 was also the year I came out and told everyone in the real world (as opposed to online) that I am a writer!

Until May, when Her Forget-Me-Not Ex was released, my writing life was a closely guarded secret known only to my close friends and family. Why?

Let me take you back a step. When I first began to write fifteen years ago, I treated it as a hobby. I wrote while my baby was napping and I mainly wrote short stories because that was all I had time for. After a few years, I plucked up the courage to start a novel. I worked on this for two years and by the time I’d finished it, the seed was sown: I knew I wanted to be a writer. So I tentatively told a few people about my hopes of one day being published.

I knew achieving publication would not be easy and I braced myself for rejection, but when I sent my first book to publishers and agents I was stunned by their response. My book was like a boomerang. It used to come back, sometimes by return of post. (With hindsight, I’m so glad – that first book was a learning experience!) 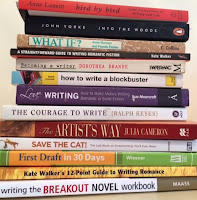 However, I wouldn’t give up. I wrote another novel. And another. I went on writing courses, and I constantly searched out books and articles to try and improve my craft. Gradually, the rejections became less standard and more encouraging, telling me I was nearly there. I saw this as progress (though it was incredibly frustrating too), but some people – non-writers – couldn’t understand my optimism. Their interest turned to sympathy and eventually to pity. So I decided to keep my writing dreams to myself. 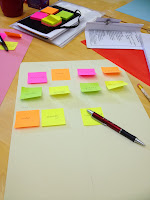 Then we moved house. As far as my new neighbours and friends knew, I was a stay-at-home mum of two who did the school run and worked part-time proofreading academic papers. In reality, I proofread at night when the children were in bed, and wrote feverishly from 9 till 3 every day. Although I still hadn’t earned a penny from writing, I treated it as my job and that was all I wanted to do.

I would sometimes vanish for the weekend to attend a writing course, and when people asked where I’d been I kept my answers vague: ‘Oh, seeing friends’. Which was true. I didn’t want to give the game away, but I didn’t want to lie either. It was difficult keeping up the deception. So this year when my book came out and I could finally tell everyone the good news I was so relieved.

What’s your book about? friends asked; Where do you get your ideas? Why didn’t you tell us you were a writer?

The truthful answer is: because I needed the validation of being published to feel I really was a writer.

And how do people react now when I tell them what I do? They’re mostly intrigued. Writing, for whatever reason, is regarded as a fascinating career. I love that some people are bemused by imagination and the concept of making things up (Did you base your book on an ex-boyfriend? – er, no). I love that people want to give me ideas they’ve had for books they think should be written. I love that there is a general perception that writers are all as rich as J.K. Rowling (oh, that this were true!). I love the discussions I get drawn into about other authors and their books. It’s my favourite subject, my passion, and I’m thrilled that I can now openly share that passion.

I am Sophie Claire. And I am a writer.