Ask Annie: How to Write the Perfect Hero 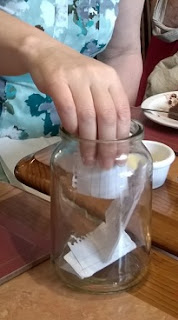 You may recall that I've been taking questions from the Ideas Jar of late, and the most recent one I've received is this:

Following on from your post on point of view – how exactly do you approach characterisation between the genders?  i.e. male point of view and female.  How do you research the male psyche?

Well, I had to have a bit of a think about this question, because it immediately made me feel as if I ought to research the male psyche.

But after a bit, I decided to ‘fess up.  I don’t really hold to the prevalent view that men are from Mars and women are from Venus.  We are all from planet earth.  We all react to the trials and tribulations that life throws in our paths according to many factors apart from our gender.  Our personality, background, previous experience of similar situation, the state of our health, stress levels, or even whether we’re hungry or tired or just plain in a bad mood for some other reason.  And while I find articles like this one, that is supposed to highlight the difference between the way men and women think very amusing, I don’t believe it really does demonstrate basic differences between the sexes.

I don’t hold to the view that women, as a rule, would spend that much time dissecting their relationships – at least, not the kind of women I want to write about.


Nor would any hero of mine be so inattentive to the woman he is dating that he loses the thread of the conversation entirely.

Having got that off my chest, I have to admit that when I write a story, I do tend to find it easier to imagine what my heroine is thinking and feeling, and often start by writing the romance almost entirely from her point of view.  And the hero I write for her has to be what she needs, specifically, rather than being a stereotypical hero in any way.

He also needs to have goals in which a modern reader can sympathise, and motivations that make sense.  He needs to be, first and foremost, a person.  A person that readers can relate to, and cheer for, and want to find a happy ever after. 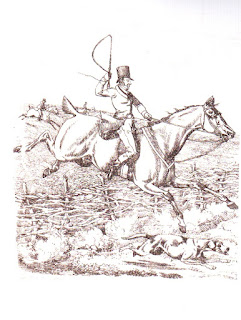 Now that, actually, is where I do face having to make some tricky choices.  My hero needs to be the kind of man that will make a modern reader swoon, yet he also has to be a believable Regency male.  And because of the era in which he lived, he would have had a very different outlook in many ways, to a modern man.

Both he and his female counterpart would have known their place in the social hierarchy, which was much more rigid than ours today.  He might well have known what kind of life he would have lived, from his birth, particularly if he was born into the peerage.  He would have been closer to the land, more aware of the passing of the seasons, and familiar with handling animals.  He would have known how to ride horses and how to shoot pigeons, and would not have thought either pastime anything out of the ordinary.  He would have attended brutal bare-knuckle fights, and cock fights, but he would also have gone to church as a matter of course every Sunday, and been proud of being English (not British).  If he was from the upper classes he would have also had a working knowledge of Greek and Latin.  He would not have been ashamed of believing he was innately superior to women, (and most other men).  Nor would he have thought it unreasonable to pay a skilled man to spend his entire life taking care of his clothes, or spending a small fortune on getting a jacket that moulded to his shoulders, and breeches that outlined his fine, muscular legs.  He would also have consumed so much alcohol – since water wasn’t often fit to drink – that nowadays he might be deemed to have a bit of a problem!

And yet I still need to portray him as a person with whom modern day readers can empathise.

And so I draw a veil over the cock fights he attends, and don’t let the reader in on the fact that he probably consumes so much alcohol that he is slowly but surely pickling his liver.  Instead, I concentrate on his reaction to, and his treatment of, my heroine.

If ever he acts badly towards the heroine, the reader needs to see that his motives are not from sheer unpleasantness, but because he is damaged in some way by the blows life has dealt him.  And be able to believe that the heroine I write for him will be capable of bringing him healing, through the love he develops for her.  And that she bestows on him.

So, to sum up, when I write a hero, I want him to be believable as a character from his time period.

I want him to have the kind of character that a woman, from any time period, could find totally swoon-worthy.

And I also want him to be a perfect match for my heroine.

And it won’t hurt if he also looks like this!

Annie's next hero is Lord Ashenden, whose story will be told in "The Debutante's Daring Proposal" which is released in June, but is already available for pre-order through Amazon (and other retailers)