Many years ago I started up a newsletter called Skint Old Northern Woman (after the magazine Charlie and her sisters set up in Every Woman for Herself.) You can tell it was a long time ago, because I actually posted out a lot of them and the ones I did email I had to send in little batches or my server thought I was a spammer. This got a little time consuming when we reached the thousand mark... 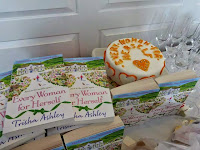 It was a way of saying thank you and keeping in touch with all the kind readers who supported me through the ups and downs of my career.

The newsletter group slowly grew and grew...but I never forgot the names of the early subscribers, many of whom I now know on here or twitter.

And some of them I also know via Amazon books - and that is the wonderful thing. Some of those early subscribers were already published authors, some were writing but not yet published, and others just readers, but dreaming....

Then, as the time of the ebook blossomed, I began to see more and more of their names as published authors and thought 'There you are - well done!'
Lately, my kind publisher has put out my newsletters for me, with my input - and now I'm over my op and getting my act together, I hope to contribute a whole lot more - and I'm still that same Skint Old Northern Woman inside - who else would I be? 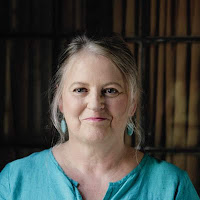 Trisha Ashley's Sunday Times bestselling novels have twice been shortlisted for the Melissa Nathan Award for Comedy Romance, and Every Woman for Herself was nominated by readers as one of the top three romantic novels of the last fifty years.