In which the Novelistas tell us about their favourite Christmas decorations!

And if you'd like the chance to win a fabulous Novelistas' book bundle, scroll down to the end of this post and we'll tell you how! 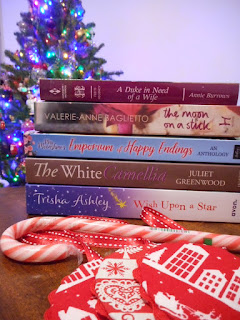 My Santa tree topper is made of painted papier-mâché and is over a hundred years old. I know this, because it was bought with her pocket money by my mother's older sister when she was a little girl, and my mother is now 93... His red suit has faded into a soupy brown over the years, but in a misguided moment Mum tarted him up with glitter glue and a cotton wool beard. 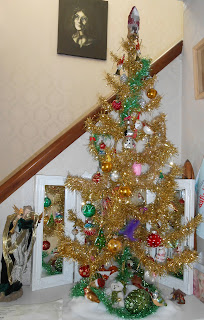 My sweet and sorry-looking little snowman has graced the mantelpiece during the festive season for several years now, since my daughter ‘adopted’ it at her primary school Christmas fayre. Another child had made it anonymously, but out of all the other sock snowmen for sale it was the one my little girl chose to bring home, and somewhere along the line it lost an eye, yet that only makes it more precious. I wish that anonymous child somewhere could know that their creation found a good home with us, but I suppose that child is a stroppy teenager by now who might not care (although secretly in their heart, I hope they do!) 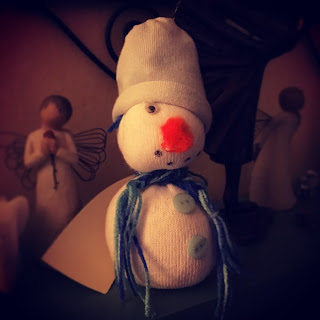 I don't have a favourite ornament. But every year I do tend to pick up a few new ones. This year's addition to my Christmas collection is this cute Santa doormat! 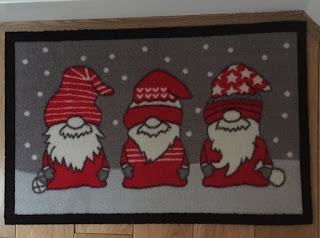 Many years ago, before I was married, my future mother-in-law taught me how to make these hand-sewn decorations. Back then my day job wasn’t creative, so I was thrilled when after a couple of hours I had made something – and that’s when I caught the sewing bug.

Over the years I’ve moved on to bigger projects like patchwork quilts, but each Christmas I return to making these little decorations. I love to personalise them, picking fabrics with particular friends and family in mind, and when the children were small they used to help too, cutting out circles of fabric.

Making these decorations has become an important part of my Christmas preparations and I really look forward to cosy evenings spent stitching in front of the fire. 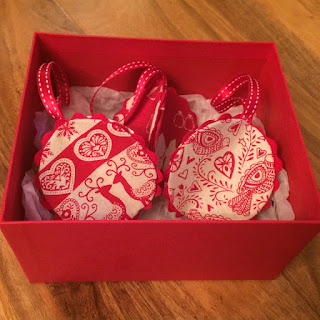 In the late 1940s, a group of young German children were brought from their bombed-out cities to my home town to stay with local families for a few months. My grandmother looked after two of them.

They never forgot her, and every Christmas they would send a card with a small gift for her grandchildren. One year there was an advent calendar, rare here at that time; no one else in our street had one. Another year we were sent a tiny doll. Dressed with scraps from my mother’s sewing box, she has topped our Christmas tree ever since. She’s old and faded, but conjures up so many memories of Christmas over the past seventy years that she’s irreplaceable. Last year I visited Liverpool's Anglican cathedral shop just before Christmas and my eyes alighted on these bright sparkling miniature glass Christmas trees. I just had to have one. After buying one, I thought my tree lacked an angel, so I went around the shop and discovered a host of angels. I chose Angel Florence, thinking of my father's sister Florence who was found drowned in the Leeds Liverpool canal during the Second World War.

My middle name is Florence and I like to think of my aunt looking out for me, my sort of guardian angel. 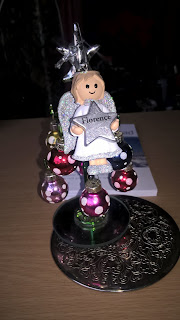 The Christmas decoration with special memories is the fairy that stood on the top of each Christmas Tree for as long as I can remember. Since I was a little girl, it was always tied on first, before the tree went up. Then came the lights, followed by the tinsel and the rest of the decorations. Those old family Christmases have long gone, but I have inherited the fairy, along with some of the other decorations, which are now interspersed with ones I’ve collected over the years. So the day the fairy goes up on top of the tree is still the day Christmas begins. 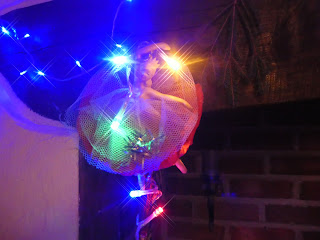 My favourite Christmas ornaments are two snowmen and a later addition of a little girl. This is me being sentimental. When my first son arrived, he was only a couple of months old for his first Christmas, so we had to have a tree. I began collecting baubles and I found a jolly snowman and decided this was his special one. Some years later when son number 2 arrived, I remembered the snowman and amazingly found another one. Go forward a number of years, my daughter arrived and before her first Christmas I found this little girl with blonde plaits. This, I imagined might be how she’d look in a few years’ time. 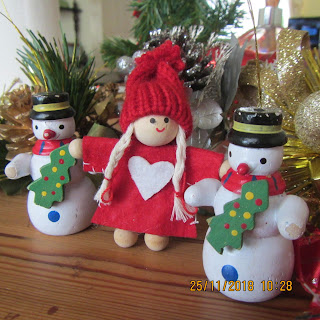 When I was little my father would take me everywhere - probably to give my poor mother a break - and I can remember going into a petrol station when I was about four, seeing this Nativity scene and falling in love with it. I don't know why. Perhaps I thought it was some kind of dolls' house. But my father bought it for me and I spent many happy hours playing with it - until I was told it had to be packed away because it was a 'Christmas decoration'! But it came out again the following year, and the year after that, and perhaps this is why it has lasted so many years. The Star of Bethlehem fell off very quickly, to be replaced by a milk bottle top, and at some point I lost one of the sheep. And a few years back my husband accidentally crunched it underfoot! But a bit of Superglue later and it was soon as good as new! 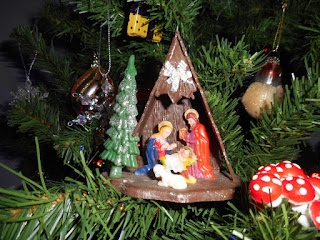 If you'd like to be in with a chance to win a Novelistas' Book Bundle you can enter via Rafflecopter below. It's simple to use and the more clicks (follow us on Twitter, follow us on Facebook, etc) the more chances you have to win. The competition will run from 9th December to 16th December 2018. Due to the pressure on the postal system at this time of year, we're afraid your prize will probably arrive after Christmas!

Terms and Conditions: We're sorry but this competition is only open to those living in the UK. No alternative prize will be offered. Your personal details won't be stored for longer than the competition runs and your details won't be passed onto anyone else. We will only contact you if you are a winner. If the winner does not respond within 48 hours of being notified, another name will be drawn.

Tips: It sometimes helps if you are already logged onto Facebook or Twitter before you try to enter. If you have trouble entering via a mobile phone, try a laptop/desktop computer instead. If you don't wish to use the Rafflecopter app, you can also enter via our Facebook page.

a Rafflecopter giveaway
Posted by Louise Marley at 17:52