My Writing Process by Anne Bennett

What Am I Working On?

I am writing a book at the moment, which will be my nineteenth, and as it is the initial stages, it has no official title as such though, on reading the synopsis, my editor suggested Another Man’s Child. I like it, but I don’t really stress much about titles. I am not much good at thinking them up anyway and it is really down to the marketing team at Harper Collins to have the final say anyway. That doesn’t usually bother me either because I always think that they probably know what sells better than I do. Very occasionally I will insist on a title I have chosen, as I did with Danny Boy because it was the only title for it. It sold very well and I’m sure the title had something to do with it.

My last book was called If You Were The Only Girl. Again it was suggested by my agent, backed up by my editor, and I didn’t like it one bit. I belong to a really supportive writing group, the Novelistas, and at our monthly meeting I ran the title past them and not only did they love it, we all sang it with gusto, much to the surprise of the hotel staff. I too grew to love that title and was very glad that I was overruled in that instance.

So titles are very important and so are jacket covers, as one or the other will cause a potential reader to pick your book from the shelves and read the blurb and perhaps go on to buy the book. But the title and cover, however attractive, do not make a book. A good story is the main thing, with strong, believable characters that the reader will care about to keep turning the pages to find out what happens to them. And if I can describe what is in my mind’s eye so well that the reader gets a similar picture in their head, I feel that is true communication between us.

I have a new book out on 22nd May called A Girl Can Dream. Meg Hallett’s mother dies in childbirth and, before her death, Meg makes her a promise to keep the family together. It proves more difficult than she anticipates, for her father turns to drink and then brings home a new wife. Eventually, when the looming war becomes reality, the children are evacuated anyway and Meg joins the Women’s Land Army to do her bit. She meets the farmer’s son, Stephen, at the farm she is assigned to. Stephen has joined the army but is convalescing after an accident at the camp. The two are attracted to one another and Meg agrees to write to Stephen when he returns. Life takes on a more even keel before news reaches Meg that her evacuated siblings have gone missing and no one knows where they are. Meg is worried to death about them and consumed by guilt, feeling she has failed her mother. Despite Stephen’s love, she knows her happiness will not be complete until she finds out what has happened to the children.

There is another of my books out in August. This one is called A Strong Hand To Hold. This book is different in that it’s what’s called a backlist - that is, a book released first in 1999 and published by Headline. It is now being re-issued through Harper Collins, who bought the rights from me, and the book has a brand new cover, although the title is the same. In this book Jenny, in her work as an ARP warden, has to crawl into a tiny space in bombed terrace of houses to reach Linda, who is only twelve, and who is trapped inside. It took me ages to write this passage because I live with the characters so much that as I wrote it I was finding it difficult to breathe and had to keep taking breaks. Linda is in thrall to Jenny after this, especially when, as Linda’s family are all wiped out, Jenny takes her into her own home and looks after her. So when years pass and the war continues and Linda, falls in love with a man that Jenny cannot help but hate, Linda is prepared to give up her chance of happiness for the sake of Jenny, until fate takes a hand.

How do my stories differ from others of their genre?

I suppose they differ in the way that most of them link Birmingham and Ireland, usually the North, as that is where both of my parents were born, though I was born and raised in Birmingham. Therefore I am an Irish Brummie (there are plenty of us) and I write what they used to call Sagas but are now called Historicals. Whatever they are called, the premise in the same in that they are definitely placed in an area and historical period. Mine often have two or sometimes more places of equal importance in the story and my fans seem to like that.

Why Do I Write?

This is the easiest question in the world to answer - I write because I must. When I was a child I wanted to do two things in my life, one was write and one was teach, not that I ever thought for one moment that I would earn my living by writing. I thought it would be just a hobby. I did eventually get to teach and it was as wonderful as I thought it would be and I felt privileged to take charge of those little minds. However, an incident at school damaged my spine and, despite two minor and one major operation, I ended up in a wheelchair and was there for 16 years. 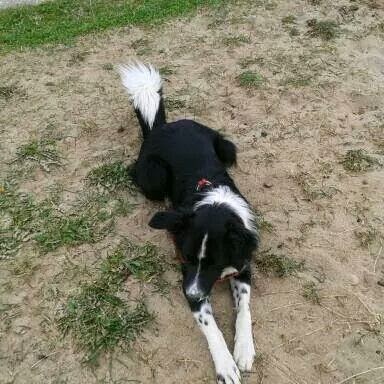 Because I taught young children, my career came to an abrupt halt. I had to find something to fill the unlimited time I suddenly had on my hands, so I began to write. I first tried chronicling the origin of nursery rhymes, something I’d always had a yen to do. Then I tried books for children, followed by short stories, and I began my first adult novel when I joined the RNA and found out about their New Writer’s Scheme and its fabulous critique service. They advised me to cut 40,000 words from the second manuscript I sent them and then send it straight to Headline. I did and Headline accepted it. It was called A Little Learning and that came out in in 1997. So although I changed agents and publishing houses four years later in 2001, I’d had a fairly gentle ride into the publishing world and had achieved both my goals in life.

To put the icing on the cake, I began to walk again in 2006, took part in a charity walk six weeks later and walk 5 to 6 miles with my dog every morning. Life doesn’t get any better.

How Does The Writing Process Work? 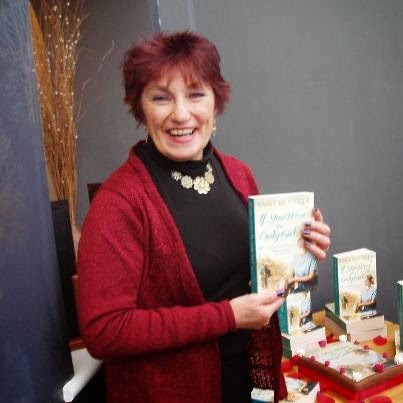 This varies slightly with the seasons. In the spring, summer and early autumn, I wake early, have a shower and take the dog for a walk for approximately one and a half hours. Once home I feed her, feed myself, go up to my study and weld myself to the chair in front of my computer. When the dark mornings are upon us, I still wake early and shower but, as I can’t venture out till eight o’clock or so, I will put a couple of hour of work before I walk the dog.

Because like all writers I work alone a lot, I value my monthly meetings with the Novelistas, my odd flurries to London to go the author events and meet up with my editor, agent and fellow writers. I also enjoy spending time giving talks around the country and connecting with my readers, but I never like to be away from my desk for too long.
Posted by Louise Marley at 22:15

Email ThisBlogThis!Share to TwitterShare to FacebookShare to Pinterest
Labels: A Girl Can Dream, A Little Learning, A Strong Hand to Hold, Anne Bennett, Another Man's Child, Birmingham, Danny Boy, historicals, If You Were the Only Girl, sagas, writing process, writing process blog tour