My Sunlounger Experience by Valerie-Anne Baglietto

It started with a handbag. Well, OK, no. It didn't. But a handbag does feature in this blog post.

It actually started with an email from the lovely, industrious Belinda Jones early in 2013. Fellow Novelista Trisha Ashley had recommended me (and Louise Marley and Margaret James) for an anthology Belinda was planning called SUNLOUNGER. The criteria was, it had to be set somewhere foreign and preferably sunny, transporting the reader to exotic shores, cities, temples, mountains... anywhere but here. Pure escapism, in effect.

And so I took up the challenge, selected Gibraltar as my setting, as I was born there and still have a lot of family on the Rock, and decided there ought to be an unconventional genie in the tale. Of course. Why not? A brass lamp and a fit genie and a young woman desperately in need of a miracle.

Now I hadn't really written a short story in years. I always scribble on until it turns into a novel. But I took up the challenge (yes, I know I've said that already, but it really WAS a challenge for me) and penned a story under five-thousand words. And something wonderful and unexpected happened - I loved the experience! I loved learning to be brief and to spin a plot that would span a single day rather than months or a year. I relished keeping characterisation spare and painting a picture of the heroine's back-story that would leave the reader with a sense of heartbreak and hope. And from reviews I received afterwards, it worked.

Then, guess what? I was asked if I was interested in doing it all over again for SUNLOUNGER 2. So I bit Belinda's arm off and plucked Gran Canaria from a list of potential sun-soaked destinations. Again, it was a pleasure to write *coughs* - when it was going well - and I ended up with an eight-thousand word story this time. But I allowed my narrator to tell the tale, and that was the length she wanted. As it fitted with Belinda's new maximum word count, I gave my narrator a break. She deserved it; she'd pulled the story straight out of her soul and I think it was painful for her. Sometimes I feel as if I am a medium, and some spirit is telling me their story, murmuring their heartbreak and dreams in my head, especially when I'm working in the first person POV. Anyway, it got written, and now it's there in black and white, or sepia, or whatever colour you prefer for your eBook reading, for the world to hopefully enjoy.

And so now we come to the handbag. Seriously, I'm a bag-aholic (it's in my surname, after all) so there had to be a handbag coming into it somewhere. Directly below, in fact. 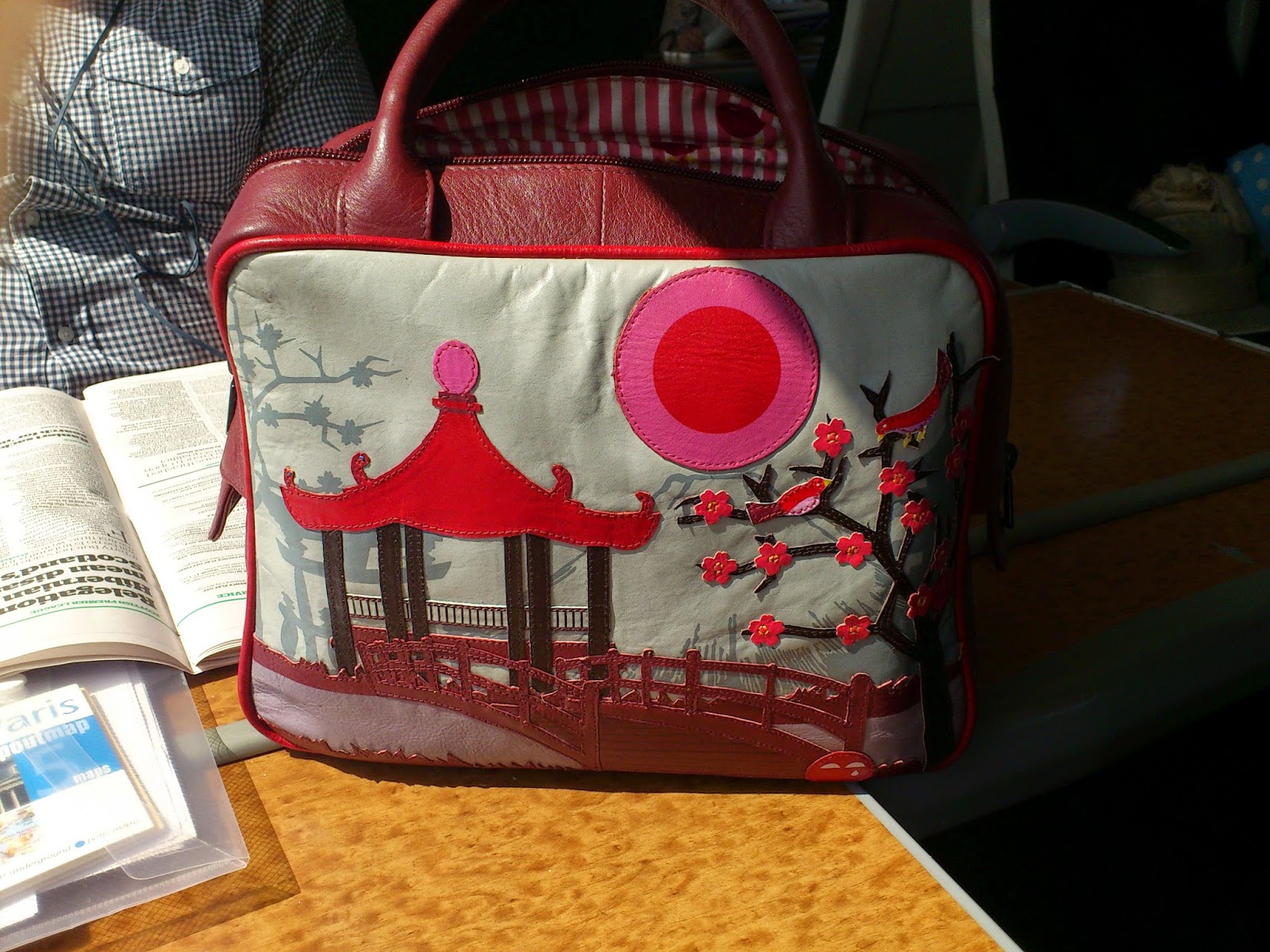 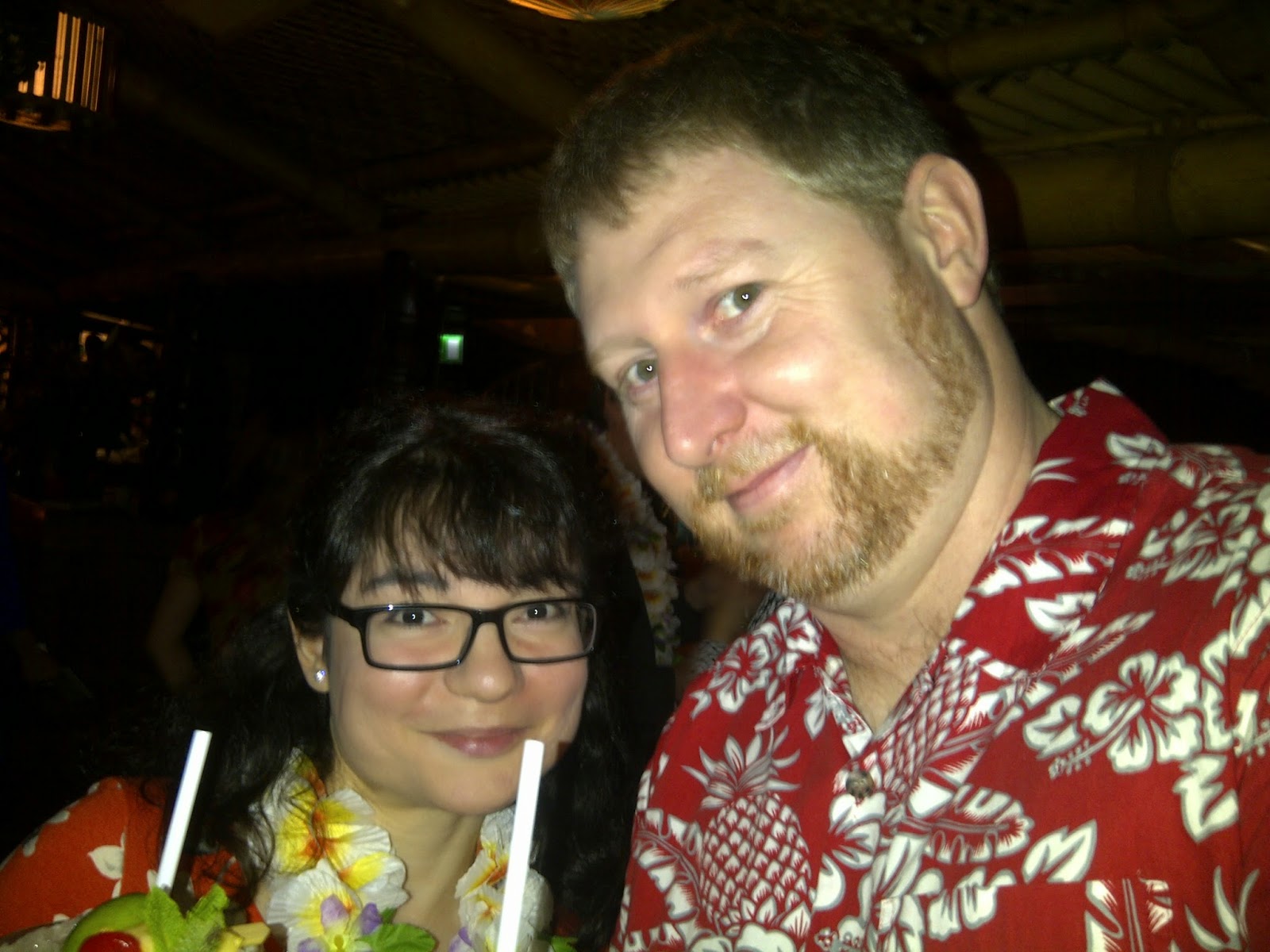 I treated myself to it with birthday dosh, and took it proudly down to London when I attended the Sunlounger Party at Trader Vic's at the end of May. As bags go, I felt it perfectly encapsulated the whole Sunlounger ethos, and I got a few comments about it. I also took a man with an Hawaiian shirt to the party, but it turns out he felt surplus to requirements and went for a wander along Park Lane instead, where he promptly managed to get himself lost for an hour. I know, don't ask.

So here are a few photos from the party, mainly involving cocktails and cakes. Unfortunately fellow Novelista Louise Marley couldn't come along to London with me, so I had to enjoy the Mai Tais and the gorgeous cupcakes on her behalf as well as indulging for my own sake. It was a hardship, which you can probably tell from my face. No? Oh. Well, hopefully, if it's repeated in 2015, I'll be able to drag her along.


To make up for it this year, though, Louise and I are throwing a mini SUNLOUNGER 2 launch with our Novelista friends early in July. I hope the sun shines, and even though there won't be cocktails, as anyone familiar with the Novelistas can testify, there will definitely, categorically be cake!

Posted by Valerie-Anne Baglietto at 13:17