The Inspiration Behind 'Another Man's Child' by Anne Bennett

In this post, Anne Bennett talks about how her family history inspired her latest novel.

Many times  I have been asked where I get my inspiration from to write. Some wonder if it is helpful to me that I live in such a beautiful place. While walking the beaches and hills near my home has helped me iron any knotty problem I have encountered in the manuscript, the inspiration to begin in the first place comes from other sources. Sometimes I don’t even know what these triggers are, but the book coming out on 19th November, called Another Man’s Child, was inspired by my mother’s tale and the house she was born and raised in.

This house is not just any old house. It is the family home of the Logues.  My mother was born in 1910, the eleventh child in a family of twelve.  But I never saw the house in its heyday, for it was in ruins when I eventually caught sight of it.  I had no idea anyone had a photograph of it, because photography was expensive and usually only used to mark significant events.  However, two cousins, Martin in Redditch and Michael in Dublin, began researching the family history and pooling resources on the Facebook Page 'Logues of Tawnagh'.


Martin unearthed the picture of this house and suddenly the story my mother told me about one of her sisters made sense.  My mother was born in rural Ireland and in that time most houses were small cottages, single-storied, and consisting of two or three rooms. The walls were mainly white washed sod, and the roofs were made from thatch. This house,  by comparison, was a large, two-storied, double-fronted, brick-built house with a slate roof.  The house showed the Logue status in the community, which would have been high, and the daughters of such a thriving farmer would be expected to marry well and so be kept in the manner they were used to.  That meant marrying a farmer, the eldest son of a farmer, or a man with a trade.  So when one of my mother’s sisters was attracted to a hired hand, looking at the house it is easier to understand her father’s rage and actions, which would be considered extreme by today’s standards.


In real life the sister was packed off to America, where the Logue family really did have a widowed Aunt Maria living in New York, but my fictional Celia Mulligan did something equally daring to escape from her father’s dominance and marry the man she loved.  However, the path of true love is never a smooth one and much was to befall the young couple and in the end Celia comes near to losing all she holds dear.

Another Man's Child
by Anne Bennett
A moving family drama of one young woman’s fight to survive, to find her long-lost relatives and to find a place to call home.

Celia Mulligan is in love with farmhand Andy McCadden, but when Andy asks her to marry him and she accepts, her father is furious – no daughter of his will marry a mere hireling. Celia elopes with Andy and they make their way by ship to England. While on board, Celia meets a demure young woman called Annabel who tells her in confidence that a friend of her father forced himself upon her and she has since fallen pregnant.

Annabel plans to throw herself on her brother’s mercy and asks Celia if she will accompany her to Birmingham as her ladies maid. Without a job and with nothing to offer her, Andy encourages Celia to accept – he can find employment for himself and save for their future. But neither of them can foresee the events that will follow, and soon Celia will be forced to choose between the man she loves, and the love of a vulnerable child… 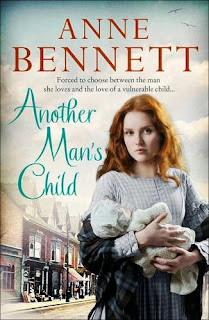