Two sides to every story - except when there isn't... by Valerie-Anne Baglietto 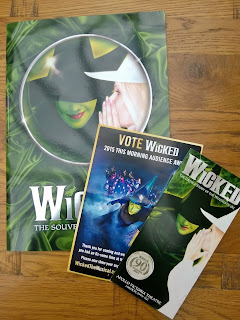 Earlier this year, I left the cosy confines of North Wales and headed down to London to take my daughter to see Wicked. We both love the Wizard of Oz, so we’d been dying to see this musical for ages. I expected to enjoy it, but what I didn’t expect was that it would ignite something in my Writer’s Brain that I’m now finding endlessly fascinating. I mean, I already knew about POV, of course I did. After nearly two decades in this business, I’m hardly a novice. But now I’m thinking much more deeply, not just about POV but about perception.

We’ve had a couple of great posts on Novelistas Ink already about this subject, and I don’t want to repeat what Juliet and Annie put so eloquently. They’re well worth a read or re-read.


By the time I saw Wicked, I’d already finished the first draft of my latest book Four Sides to Every Story.

POV was something that had been constantly on my mind for several months, since the title for the book first popped into my head while I was staring out of a window on a train one day. (Seriously, what is it about trains? Didn’t JK Rowling come up with the idea for Harry Potter on a train?) Anyway – my story, which has a grown-up fairy tale romance at its core, didn’t just have the hero’s and heroine’s sides to take into account, there was also the fairy godmother to consider, and the hero’s stepdaughter. Their roles in the story were crucial, and it was imperative they narrated their parts, too.

But just like Wicked, it wasn’t enough simply to get into each character’s head for a scene or two. How the characters perceived the same unfolding story, and how they were perceived as people within that tale, were paramount. I don’t want to give too much away of the plot of Wicked. After all, if you haven’t already had the pleasure, you might want to read the book or see the musical for yourself. But basically, it’s the Wizard of Oz from a different angle, so it helps if you’re familiar with the landscape of Oz. And it shows us, in such a fiendishly inspired way, how a different narrator can turn an entire story on its head. An exciting concept for a writer. I came away with my head BUZZING. (Maybe my life is very quiet and I’m easily pleased.)

Propaganda is a powerful tool, not just in wars...

It can scramble our brains, make us forget to put ourselves in another person’s shoes. The same with gossip. How quickly we can think ill of someone, without knowing their side. And villains, after all, are the heroes of the stories we tell - in their own eyes. Recently, movies like Maleficent also help us to see a well-known tale from a different POV. I wanted to do something like that within Four Sides to Every Story. My fairy godmother is young, and not at all theatrical like the kind we’re used to. But we see the tale from her perspective too for once, as well as from the others involved. Although the plot of the book isn’t a modern retelling of an actual fairy tale, we all know the markers, the familiar thread, the way the story ought to unfold. But it doesn’t. It starts going very wrong. The path to true love becomes perilously rocky. And not everyone is telling the truth or letting us completely under their skin.

And that’s another thing. The trendy-but-not-new device of the "unreliable narrator". The omissions. The secrets they don’t share with the reader.

Ah, I learned to love that, too; although it wasn’t easy to begin with. It was too new to me - or so I thought. If you have more time to spare, make a large mug of tea or coffee and look the term up on Wikipedia. In essence, all fictional narrative is unreliable to an extent, because if we're using POV correctly then the story is filtered through the narrator's eyes, with his or her own life experience, prejudices, moral code, etc. But while I was working on Four Sides I hadn't researched the device, so failed to appreciate the history behind it, or the fact that I'd absorbed the subtleties of using it from many books I'd read in the past, including Agatha Christie.

Out of the four points of view in my story, there are various degrees of 'unreliability'. Ooh, the fun I had once I got into my stride. This was my Happy Book, as I nicknamed it. The one that was a joy to write after the torturous bit at the start when I couldn’t see beyond the first few chapters. I’m grateful to it for giving me those months of unadulterated pleasure. I’m indebted to the lessons it taught me. 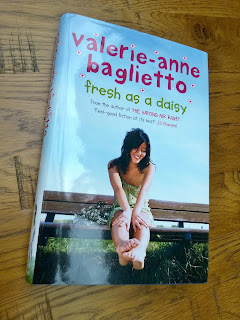 Of course, in my earlier rom-coms, I tried to use POV as effectively as I could, too, but on the whole, the narrators were the ‘goodies’, even if they sometimes behaved badly. They always laid themselves bare to the reader. I received a tweet a couple of weeks ago which brightened up a rainy Sunday. It was from a fan of Fresh as a Daisy, which is over a decade old now, who said she still read it at least once a year. She liked the fact I had managed to make all the participants in a love triangle sympathetic. It got me thinking, and re-reading it myself. There were three ‘nice’ people involved, who made mistakes throughout the story, but none of them was out to hurt anyone. They were real and ordinary and exactly who they claimed to be, even if they didn't spill all their secrets out in one lump on the page; the idea being, the reader would perceive them as such and be sympathetic to their problems.

But that isn’t quite the case in Four Sides to Every Story. This is a modern fairy tale, with a twist.

I felt I had to go one step further than the way I normally approach the craft of writing POV. It reminded me of a still-life art class, with all the artists in a circle around a bowl of fruit. Each completed painting will look different, depending on the individual artist's perspective. And not just the image in their line of sight, but how they translate it in their heads, too, and how they choose to capture it pictorially. At the end of the day, though, it’s the same bowl of fruit.

So this is how I visualised the book in my head as I wrote it, with my storyline in the centre and my characters as the artists gathered around it. A floundering, surly hero. A heroine who isn’t just prickly with the other characters but with the reader as well. A fairy godmother who desperately needs things to play out the way the reader expects. And finally, a child, who perceives things as they truly are, without the complications, as only an innocent can.


Why not have a go playing around with POV, too, and take it a step further than you normally would? You never know, there might be a whole new chapter ahead of you. Just let me know how you get on!

Posted by Valerie-Anne Baglietto at 11:32