Why Every Writer Should Keep a Diary by Haydn Lee 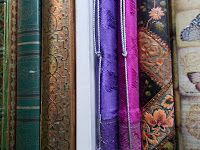 I started my diary at the age of eight. Twelve years later, it is a multi-volume colossus that takes up two desk drawers.

Many famous writers and artists kept diaries detailing their daily life and their struggles. Anaïs Nin’s diary began as a series of letters to her father, begging him to return to their family after deserting his wife and children for another woman. He did not return for 20 years, but Anaïs’s diary grew to be 35,000 pages, kept for decades. Andy Warhol’s diary was actually spoken rather than written. It was dictated to his secretary, Pat Hackett, because he hated writing at length and had such a busy schedule. Sylvia Plath’s diary was initially a place for her to write creatively about everyday events, but became more straightforward and directly honest as she grew up.

To inspire you, here are the techniques and motivations of these very different diarists, as well as some tips of my own for writing a diary beneficial to your own work as a writer, whilst remaining unique to you. 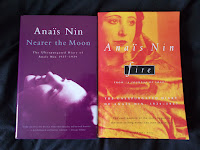 Anaïs’s diary documented her colourful personal life: although married, she was having affairs with up to three other men. Her diaries were a place to figure out her feelings towards them all, as well as to create vivid character portraits of her artistic friends and acquaintances, famous names in their own right: Henry and June Miller, Rebecca West, Antonin Artaud, Maya Deren.


Anais wrote regularly, sometimes multiple times a day. She carried her latest diary volume everywhere with her (no mean feat: in photographs these diary volumes appear to be at least A4 in size) in case anything happened while she was out of the house. She had no fear of writing the most intimate details about herself and others, even when it did not necessarily make her seem like a ‘good person'.

The effect of Andy’s transcribed spoken diary is it reads like he himself is chatting to you. His wit and shrewd insights into the entertainment industry makes the diaries an addictive read, especially as the ‘entries’ themselves are kept short.


There’s not much insight into Andy’s personal life. There’s enough to make him seem more relatable: his choice to wear a polo neck because he’s self-conscious about his "turkey neck". He alludes to his troubled romantic life and his health problems with a specific phrase which grows more ominous the more he uses it: “I’ll let the diary write itself”. This meant he didn’t want to talk about it, and trusted that Pat would make a footnote and move on with funny celebrity anecdotes.

Sylvia kept her diaries from the age of 18 to her death at 32. What’s so interesting about these is the change of writing style between her adolescence and her adult years.


Initially her entries are numbered rather than dated. Each individual entry alone is a work of art, experimental in style. She turns the dramas of her teen life into what reads as fictional narratives. She, like Anaïs, is not afraid to deal with explicit female sexuality, revolutionary for a young girl in the 1950s.


As she enters college, and begins writing articles, poetry and fiction elsewhere, the diary becomes more ‘traditional’ in its descriptions of events, people and places. Her creative output is focused outside of the diary, yet she still makes time to write of her own personal problems: teaching at university, her tumultuous marriage to Ted Hughes and their mutual jealousy, the relatable pain of rejection letter after rejection letter whilst her husband enjoyed extensive literary praise.


As the diary is currently published, some aspects of her personal life are protected from the public eye. The final volume written in the months before her death remains sealed and unpublished at Ted Hughes’ request.


The Benefits of Keeping a Diary

Your writing will improve if you write regularly keep a diary. The discipline of writing little and often will improve your sentence structure, and your descriptive skills will increase significantly by repeatedly describing the different events you experience and the people you deal with.